The FBI Way and the 7 Cs

The FBI Way: Inside the Bureau’s Code of Excellence is a new book written by Frank Figliuzzi, a former assistant director of the FBI. Figliuzzi oversaw internal investigations within the FBI, and throughout the book, he presents cases he investigated, and the lessons learned from those cases.

Although he comments on some of the missteps and difficulties the agency has experienced or been a part of in recent years, he ultimately views the FBI as one of the best run – if not the best run – organization in the world. 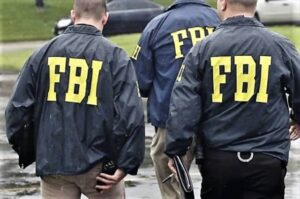 And taking this a step further, he believes that the way the FBI has accomplished this can be applied to all types of organizations, corporations, businesses of all sizes, and schools, as well as individuals in their own personal and professional lives.

According to Figliuzzi, the FBI Way all comes down to what he calls the 7 Cs. These 7 Cs represent fundamental values, which help an organization – or a person – not only succeed but also make it through difficult times, coming out stronger.

Here are the 7 Cs as listed in The FBI Way:

Code. Code refers to the core values of an organization. The code must always be written down to help formalize it. For an organization first establishing a code and its fundamental values, Figliuzzi suggests leaders ask themselves a series of questions. For example:

o   Is honesty valued in the organization? If so, add it to the code.

o   Should everyone be treated with equal respect?

o   What are the organization’s views on diversity? Is it something that needs to be addressed?

o   Will we forgive salespeople who cheat on sales or expense reports?

o   What disciplinary strategies are necessary to enforce the code?

The code captures all of these core elements in one place. It serves as an onboarding document for new hires and a guiding force for those who are already part of the organization.

Conservancy. Conserving, or maintaining, the code is a team sport. Everyone on the team – which could be a company’s employees, a campus environment, even a family – holds everyone accountable for preserving the organization’s core values. This may involve creating a reporting mechanism so people at the top know what’s happening within the organization.

Clarity. Core values must be clear. Carefully communicate what is expected and what conduct is not acceptable. “Don’t play games with vagueness or [allowing for] wiggle room,” writes Figliuzzi. If employees perceive vagueness, “you can rest assured, they will default to doing their own behavior.”

Consequences. Consequences for those not honoring or breaking codes of conduct are essential for the principles to remain strong. It is best to have written into the code what the consequences are for certain types of misconduct. However, some compassion, the next C, may be called for. “Consequences that are so harsh or random that they’re received as unjust can quickly undermine an organization.”

Compassion. While consequences are essential, leaders “must consider aggravating and mitigating circumstances before acting against a team member with every disciplinary decision. Always allow the team member to tell their side of the story.”

Credibility. Figliuzzi believes credibility is the lifeblood of an organization, and, especially at the FBI, without it, the organization could not function. If FBI agents cannot be trusted, “sources won’t develop, judges might not sign warrants, and juries would reject expert testimony.”  Further, restoring damaged credibility can take years, even decades. And one more thing: f someone in an organization cannot be trusted, they pose a threat to the entire company.

Consistency. “The FBI’s highest-profile mistakes happen primarily when its leaders act contrary to their own rules.” Consistency, according to The FBI Way, involves adhering to the same rules and practices to handle all situations. The rules and procedures cannot be changed just because it would be convenient or because a situation is too challenging.

“No matter how long your team has been around, its survival and success can’t be taken for granted,” writes Figliuzzi. “It requires a code and a way to keep that code…to remain strong and viable.”