The Numbers of Hate

What we are going to discuss here are the numbers of hate. It is all a reflection of the complicated times we are living in. The country is very divided, and it must be admitted, there is now a lot of visible hate in our country. This is putting many people and organizations at risk.

Worse, it is not always possible to identify those that hate. All too often, they have their own codes, symbols, and even numbers that they use to identify themselves and what they believe. 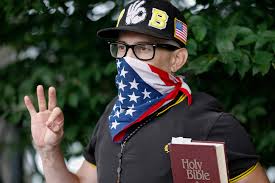 The following are some of the numbers of hate. These numbers are often proudly worn as tattoos or labels sewed onto clothing.  Should you see these numbers, this is what they mean:

1-11. These numbers of hate are often found on tattoos worn by the Aryan Knights members and first found among their members serving prison sentences. 1 and 11 stands for the letters A (1) and K (11). If you encounter someone with these numbers on a tattoo, it is possible they are members of or supporters of the Aryan Knights.

112 percent. One hundred percent is typically shorthand to reference “100 percent white” among white supremacists. However, 112 percent takes this a step further. Someone with a tattoo or wearing a label with 112 percent means they are not only a strong supporter of white supremacists, but they are also members of organizations such as the Aryan Brotherhood.

109/110. White supremacists believe Jews have been expelled from 109 countries around the globe. Bearing a tattoo or label indicating 109/110 means wanting the U.S. to be the 110th country.

5 words. If members of a white supremacist group are arrested, others in the group will start yelling, “5 words,” “5 words.” This reminds those arrested that they are instructed to tell arresting authorities: “I have nothing to say.”

14 Words. The 14 words stand for the following slogan: “We must secure the existence of our people and a future for white children.” Sometimes just “14” is used to reference this slogan.

2/3.This is a hand signal, and some report seeing this hand signal at the recent insurrection at the U.S. Capitol. Two fingers on one hand and three fingers on the other hand, are a numeric symbol for “White.” Many times, the three fingers are flashing.

88 “H” is the eighth letter in the alphabet. Tattoos, labels, decals, or other paraphernalia with two 8’s means Heil Hitler.  88 is one of the numbers of hate frequently seen.

311 or 511. Many times, numbers are used to identify specific right-wing groups. For instance, 311 is used by Ku Klux Klan members to refer to the Klan. The eleventh number in the alphabet is “K,” so three times, “K” equals “KKK.” Similarly, 511 refers to an Oregon-based racist organization, the European Kindred. In this case, the 5 and the 11 equate to E and K, the European Kindred initials.

Another number we should know is 600. According to an article published in USA Today in October 2020, over 600 white supremacy organizations are officially recognized and recorded in the U.S. But other organizations believe that number is closer to 1,000.

Whether those numbers are growing or not is also up for debate. But what we do know is right-wing groups have indeed found their footing and their calling over the past four years. Further, they are likely to be a prominent force – and threat – in the U.S. for years to come.