TAL Global is a globally recognized leader in corporate security and risk prevention.
The following TAL Global case studies discuss some of our projects and their outcomes.

We truly are living in a global world. Businesses worldwide have entered partnerships with foreign companies to manufacture and distribute products and provide services. Often these arrangements can prove very lucrative for all involved.

When a large hospitality company in the U.S. decided to market its products and services in the Middle East, they reached out to a company in Dubai to be their partner. 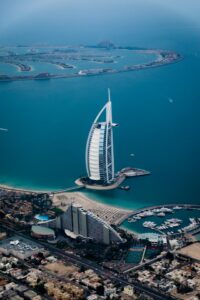 The Dubai company was well-known, could help the U.S. company immensely, and appeared to be a perfect fit. Both firms were excited about the potential arrangements and took steps to complete them.

However, just as a precaution, the U.S. firm decided that a little investigation was warranted before signing a contract.

Yes, scores of businesses have partnerships with other organizations worldwide. It’s now commonplace. But companies can risk a lot of time, effort, millions of dollars – and their reputation – by getting involved with an organization that might not be entirely on the “up and up.”

While there was no indication that this was true with this Dubai company, we know that businesses often get into partnerships with foreign enterprises based on incomplete information, no information, or even worse, misinformation.

Because so much information is now available about companies and organizations online, it might seem relatively easy to find out about a company thousands of miles away, its executive staff, and other pertinent information relatively quickly.  However, that is not always the case.

Many countries have fewer or different reporting standards compared to those in the U.S.  In some cases, less information is reported about organizations in general, and what is available to the public is from controlled sources. This means information available online is information an organization wants others to know and a little more.

This hospitality company asked us to perform what is called in the security industry, due diligence services. While many of these investigations turn up little information that could block a partnership from moving forward, some unfortunately due.

However, no matter the outcome, the benefit is that the company requesting the due diligence can now feel comfortable they are making their decision based on credible and reliable information.

Among the steps in a due diligence program are the following:

TAL Global has experts across the globe that perform due diligence services. They know the ins and outs of local record-keeping, where to look for information, what sources to tap, what information is reliable, and what may be questionable.

In this case, we told our client that the Dubai organization was a credible and worthwhile organization to do business with. Based on our conclusion, the partnership was formed and has proven successful for both parties.  Please feel free to Talk to Us

Not only may they be at risk because these individuals are typically wealthy, but when it comes to politicians and business executives, they may also have access to confidential government information that other governments are more than willing to pay for, or access to valuable corporate trade secrets. 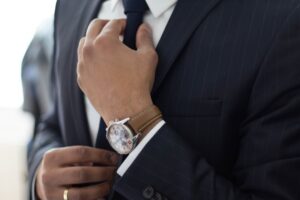 Further, if they are traveling with their families, it means the entire family’s safety and well-being could also be at risk when they travel.

A top-level executive at a Canadian brokerage firm planned to vacation in Rio de Janeiro. For most of us taking this trip, the key concerns would be lining up hotels, airfare, packing, getting the kids in the car, and off to the airport.

However, this executive and his firm were well aware of the vulnerabilities he and his family might face in Rio.

While beautiful, warm, and exciting, the U.S. Department of State advises Americans traveling to Rio that they should “exercise increased caution due to crime.”

The Advisory goes on to say:

There is a serious risk of crime in Rio de Janeiro. Violent crimes such as murder, armed robbery, carjacking, assault, and kidnapping are a frequent occurrence.

Opportunistic street crimes such as pickpocketing, purse snatching, and smash-and-grab theft from vehicles and storefronts is a constant concern. These acts take place in all areas of the city at any time throughout the year.

Criminals often target their victims due to perceived wealth, position (referring to who they are or what they do), and the victims lack of awareness.

This is when TAL Global comes into the picture. The executive and his firm hired TAL Global to provide 24/7 protection for this family while in Brazil.  This involved placing two highly skilled executive protection specialists to travel with the family, help plan their outings with security and safety in mind, and monitor their activities closely enough to ensure their safety, but at a great enough distance to ensure their privacy.

As to our client, the Canadian executive, we are pleased to say, he and his family had a safe, and delightful trip from start to finish.  Talk to Us

Determining if an unauthorized individual has an unreleased copy of a new Internet game.

Many of us may not realize this, but online games are big business, really big business. While they can take a considerable amount of time and require the minds and energy of several incredibly talented people, billions of dollars can and are being made by companies around the world that have crafted these games, playable on various electronic devices. 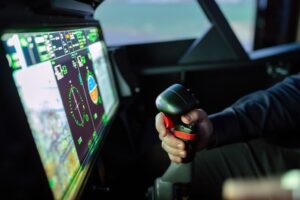 With all the time and energy at stake, along with the potential to make millions if not billions of dollars, you can see how concerned a Southern California online gaming company became when it found out someone was claiming to have an unreleased copy of a new game they were about to introduce. This organization was at a loss as to what to do and how to protect against this threat.

The first question that had to be addressed was to determine if the accusation – that someone had an unauthorized version of the game – was even true. This online gaming manufacturer was a small, tight-knit organization. They worked with a select and carefully chosen group of software engineers worldwide, whom they believed they could trust.

They also wondered if the company’s computer systems had secretly been hacked. In November 2020, a leading Japan-based game software maker announced that 350,000 pieces of data – not only about their games but customer information – was compromised by computer hackers.

In this case, things turned from bad to worse. As reported in Databreches.net, “it appears that the attackers dumped approximately 60 GB of data,” from this one company, potentially crippling the game software maker.

TAL Global was called in to investigate the Southern California software company’s predicament. TAL Global was tasked to determine the following:

A tall order with few if any leads. To address the situation, TAL Global conducted a computer forensics investigation. Computer forensics is often confused with cybersecurity. However, the two are quite different.

Cybersecurity is focused on preventing a computer hack. On the other hand, computer forensics is reactive; investigators are called in after a hack has occurred. The goal is to find out who the cybercriminals are, how they broke in, and what steps should be taken next.

In this situation, it appears the claims by this individual were unfounded. The forensic investigation further found that none of the people involved with the project had released any information or had a copy of the program, nor were the gaming company’s computers hacked.

The new game was released as scheduled, proved popular, and quite lucrative for this Southern California company.

As of 2019, there is a hacker attack every 39 seconds happening somewhere worldwide. That year, there were 3,800 publicly disclosed security breaches. Likely thousands more remained undisclosed.

Many of these organizations had already taken very advanced steps to protect their data and critical information. Yet, hackers still breached their systems.

Computer forensics is a very specialized service requiring very skilled investigators. When called in to provide this service, along with finding the culprits, our goal at TAL Global is to help our clients recover from this situation, learn from it, and help them prevent it from occurring again.  Please feel free to Talk to Us