VIDEO: Should We Brace Ourselves for More Civil Unrest

VIDEO: Should We Brace Ourselves for More Civil Unrest

This is a short and sobering video about the possibility of more civil unrest around the world starting this year.

The link to the civil unrest video can be found here.

The transcript is below:

Johnathan Tal, CEO of TAL Global, recently published an article on this site and on LinkedIn entitled, “Should we brace for more civil unrest in months to come.”

It’s a sobering article, but an important article.

It quotes a study from a large financial services organization that says yes, we do need to brace for more civil unrest in months to come.”

The report says, and I quote, “we should expect strikes, riots, and violent protests in many parts of the world. This unrest is expected to pose risks to companies because, in addition to material damage to buildings or assets, business operations can be disrupted, resulting in loss of income.”

The report even concludes that civil unrest will pose more significant problems for countries than terrorism.

The United Nations agrees with this conclusion. According to the UN, disrupted supply chains, spiking prices for food, fuel, and fertilizer, and repercussions resulting from the Ukraine War will all result in more civil unrest.

So, the question now is, what we can do is protect ourselves, our companies, and our people.

Johnathan says our best option is to have a risk assessment conducted. At least then you know the vulnerabilities and hazards your company may be facing.

After a risk assessment, we can take steps to mitigate risk, reducing your exposure to risks and hazards.

We can’t wait on this.

This is something all organizations – corporations, healthcare facilities, schools, and universities – need to do now to protect their staff and facilities.

If you need more information, contact us at TALglobal.com

Sidebar: What is a Protest and What is Civil Unrest?

According to sociologists, here are the key differences as well as more insightful information: 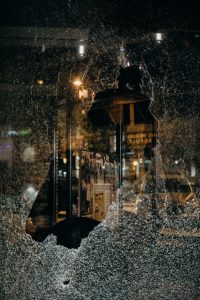 Both protests and civil unrest can be “triggered” for similar reasons. But what are these triggers? What drives people to take to the streets and risk personal safety?

In recent years, social psychologists have been trying to produce some explanations. One of the first things they found is that while protests go back centuries, civil unrest, the kind we are currently experiencing today, dates to the mid-1800s.

Social psychologists also report that individually, most people say they prefer not to be involved in protests or civil unrest. Instead, they prefer the safety of the status quo, even when they are upset with something or a situation.

Lack of Trust in Government or Authorities. Protests and civil unrest can start with people who believe they are being lied to or have lost faith in those in power. In recent years, you might say that this has been going on for quite a while. But over time, it tends to be tolerated. However, when something significant happens or does not happen—compounded with the lack of trust—then a protest or civil unrest begins.

Shared situations. After recent events involving African Americans, some protests and civil unrest were triggered because more African Americans came forward with their own experiences of police actions and societal prejudice. When something major happens, like the killing of George Floyd, those emotions boil over and unite people, who then demonstrate their feelings with protests and unrest.

Proximity. While recent protests and unrest have involved people from all social classes and different communities, protests and civil unrest traditionally involve people living in the same area. For instance, most riots in the 1960s happened in black communities and stayed in those communities.

Fight or flight. In 1919, a black teenager was drowned because he entered a white section of a Chicago beach. When the police arrived, they refused to arrest the white person whom eyewitnesses said killed the teenager. This triggered a fight or flight response that lasted for several days. Blacks realized they had two options: accept the death, walk passively away, and consider leaving the city or demonstrate against the event. They chose protests and civil unrest.