The protests in Washington on January 6, 2021, were nothing less than Charlottesville on Steroids.  To discuss these events further, why he believes this compares to Charlottesville on Steroids, we have taken key portions of an interview with TAL Global’s Managing Director, Erroll Southers, that was published in Foreign Policy magazine on January 12, 2021.  It involves the Capitol assault as well as his other views on related matters. 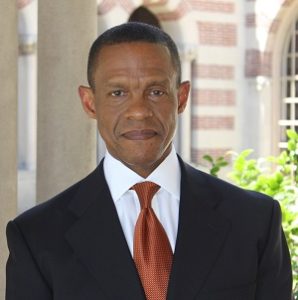 Along with being part of the TAL Global leadership team, Southers is a professor at the University of Southern California’s Sol Price School of Public Policy, director of the Safe Communities Institute, and a former FBI agent.  To read the entire interview, click here.

Why weren’t we better prepared to protect the Capitol on January 6?

There was ample information before the insurrection that something serious was brewing. However, the agencies involved did not share this information or work together to prevent a tense situation from getting much worse. Further, some agencies protecting the Capitol just assumed there would be a peaceful assembly.

Once in the Capitol, do you think the rioters tried to deescalate the situation?

In the videos released, we hear many of the rioters saying, “don’t do this, don’t do this.”   However, very quickly, mob mentality prevailed. That is when you start hearing the windows breaking and doors wrenched open.

Do you think the officers in the Capitol tried to deescalate the situation?

Not only did they try to deescalate the situation, but many also put their lives in harm’s way to protect the facility and stop the mob. There were extraordinary examples of officers trying to do the right thing and putting themselves at significant personal risk.

You have been using the term “white innocence” to describe the events that day. What do you mean by this?

Do you think the events of January 6 and those in Charlottesville will inspire more or fewer people to get behind such events?

After Charlottesville, several involved lost their jobs, got prosecuted, and an active-duty Marine was court-martialed. However, they were prosecuted under state laws. Those now being arrested for their part in the January 6 riots will be prosecuted under Federal statutes. With the Federal statutes, there is no plea bargaining, and there is no time off for good behavior. If you are sentenced to ten years, you serve ten years.

Once these trials and the prosecutions begin, I believe it will make people think twice about getting involved in such events again. Although I know many of these people are incredibly committed to what they believe, they will likely look for less damaging ways to express their beliefs once they realize the consequences.

Finally, how big a problem is white supremacist infiltration in the police and military?

In 2006, the FBI released a heavily redacted report on this issue, and in 2020, they released a somewhat less redacted version. My understanding is that both reports indicated this is a growing problem. I am not alone in saying this. I live in Los Angeles, and the local Sheriff’s Department has had problems like this for years of white supremacists infiltrating the department. It will take some time to address this situation, weed out the white supremacists and others with extremist views, but it must be done.

* Actually, there were two Supreme Court rejections of voter fraud.