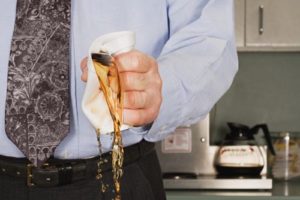 We must realize all these incidents – big or small – are serious. Life-threatening events can happen just about anywhere at any time. Because of this, we’d like to refresh your memory by detailing some smaller workplace violence events that occurred in just the past couple of years – most of which we have likely forgotten.

A 15-year employee at an industrial facility was being fired from his job. It is believed that he knew he would be fired, which is one reason he brought a firearm to work. As soon as he was told he was being let go, he went on a shooting rampage. Five people were killed. In addition, as soon as the police arrived, they were all shot as well. However, all recovered.

This small town is a suburb of Memphis, Tennessee. A Walmart employee was notified he was being suspended from work pending the outcome of an investigation. One early morning, he walked into the store and shot and killed two managers. Two police officers were called to the scene. They too were shot, but their bulletproof vests saved their lives.

Certainly, not all workplace violence events occur in small cities like the two just mentioned. A former employee of a Ford dealership in this city was fired from his job. He then shot and killed three employees of the dealership before killing himself. The two killed were the man’s bosses, and the third was the manager of the division he worked in.

A 51-year-old employee of a brewery killed himself after killing five fellow workers. The shooter was known to have a long-standing dispute with other employees, including his superiors. It is believed that the incident was also racially motivated. The Gun Violence Archive indicated this was the 45th mass shooting – shootings injuring or killing four people or more –  in the United States in 2020. It happened on February 26, 2020, just two months into the year.

A worker at a moving company had an ongoing dispute with some of his fellow staffers, including his immediate boss. One day, he came into the office and shot two people. He then continued randomly shooting several people in the parking lot, but all those victims recovered.

Notice any similarities here? These all involved a disgruntled employee who takes out his anger by shooting others.  Very often, it is their immediate boss that is the target. Often as well, others just happened to be in the wrong place at the wrong time.

What is less noticeable is that in all these incidents, the one carrying out the shootings invariably showed signs that they might be violent.  The problem is, these signs were not recognized or if they were, not taken seriously.

One of the services TAL Global offers is to help administrators learn the signs of workplace violence and, just as important, steps to help prevent an incident from occurring. It’s something needed more than ever today. There is a lot of tension in the U.S.

Not all workplace violence can be detected or prevented. We can’t promise you that. But we can promise to help minimize the chances of it happening in your facility.