Will Jews Be a Target?

The past few months, the headlines have primarily focused on COVID-19, Black Lives Matter, the struggling economy, unemployment, Trump’s Twitter tantrums, and of course, most recently, his coming down with coronavirus and the lack of transparency related to it. 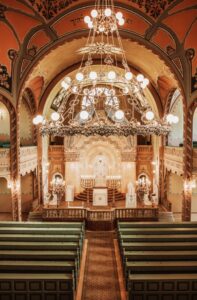 In the background, getting relatively little notice, are the nearly seven million Jews living in the U.S. But all that may change if the November 3 election does not go the way many right-wing organizations want it to go.

According to Ryan Greer, the Anti-Defamation League’s Director of Program Assessment and Strategy:*

Jews may be among the targets of right-wing groups prepared to take up arms to ensure Donald Trump wins the upcoming election. After all, those groups have been told to “stand back and stand by.”

This is true even though Trump’s daughter is married to a Jew, and she has converted to the Jewish faith. But this appears to be of little consequence.

Instead, the impetus for all this tension, which may lead to violence, are the recent street protests, vigilante killings, and the ongoing pandemic. Worse, many of these groups have accepted the President’s conclusion that mail-in voting, which will be greater this election year than ever before, will be rigged, with thousands if not millions of fraudulent votes … especially if he loses.

There is little or no evidence of voter fraud in the U.S., but once again, this appears to be of no consequence with these groups. Complicating matters and adding to the growing unease in the country is the fact that the President will not commit to a peaceful transfer of power.

Since May 2020, Attorney General Barr has blamed “far-left extremist groups” for the violent protests we have seen in recent months. However, a closer examination, especially now with the thwarted attack against the governor of Michigan, indicates that more violence and potential violence will be planned among various right-wing groups in the country.

In fact, the Department of Homeland Security names right-wing white supremacists as the “biggest domestic terror threat in the United States.” The report also notes that “among other qualities, white supremacists are characterized by their hate of Jews [and] their perception that Jewish persons control the government.”

So, what should Jews and Jewish organizations, including temples and synagogues, be doing right now to protect their people, followers, and properties?

According to Dr. Erroll Southers, Managing Director at TAL Global, some of the steps necessary are the following:

Connect with a security and risk assessment organization now. “Just having an organization ready to call should an emergency be looming is the first step in protecting people and assets.”

Jewish voting sites must be secured now. Around the country, many Jewish institutions serve as polling places. “These can be dangerous hot spots for extremist violence, not only the polling place but people and buildings nearby. These facilities need a risk assessment [conducted] now to shore up security as soon as possible.”

Do not underestimate the threat. Many Americans believe the tension and turmoil being reported is exaggerated, possibly even a fabrication. “If someone said a week ago that extremists were planning to kidnap the governor of Michigan and take over the state government, these would likely be the same people that would believe it’s exaggerated or a fabrication,” adds Southers. “Well, guess what? Without fast action by the FBI, that’s exactly what could have happened.”