Should You Speak Softly Around That Smart Speaker?

Wow, the smart speaker market has grown faster than anyone ever expected. In January 2020, it was estimated that nearly 90 million Americans now have smart speakers, such as Amazon’s Alexa, Apple’s Siri, Google’s Home “Hey Google,” and soon to be released, Nest smart speakers. 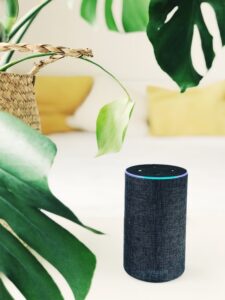 This is up 32 percent from the same time last year and a whopping 85 percent over January 2018.

How often people use their smart speakers can vary considerably. For some, they become a dust collector. For others, they could not live without them.

And one more thing. Most people believe they are safe to use.

A survey conducted by Park Associates, an IoT market research organization, found that only 25 percent of those surveyed had concerns about privacy and security when using their smart speakers.

On the other hand, another study by Park Associates found that about the same percentage of people, 25 percent, indicated they would not own a smart speaker, primarily due to privacy and security concerns.

Who do you think is correct about smart speakers? Possibly the following news stories will help you draw your own conclusion.

An April 2019 article in the Guardian found that “[Amazon] employees around the world regularly listen to recordings from the company’s smart speakers as part of the development process for new services.” In some cases, they are just checking that the system is working correctly. For instance, some of these employees are comparing what Alexa heard with how it responded. Amazon also reports they have “strict technical and operational safeguards and have a zero-tolerance policy for the abuse of our system.”

Nevertheless, employees are still listening in. In one case, Amazon staffers reported they heard what they believed was a sexual assault. According to the Guardian, “Amazon reportedly told them it wasn’t the company’s job to interfere.”1

Apple often uses independent contractors to review recordings from Siri. As with Amazon, their key task is to ensure the system is responding correctly. However, another report by the Guardian found that Siri can be easily activated, “sometimes picking up private conversations such as people talking to their doctor, [making] drug deals, and sexual encounters.”2

Like Apple, different Google smart speakers can be easily triggered. This can happen even more frequently with Google systems because Google has so many smart speaker formats. In one case, a Belgium news service reported that Google listens to audio files to help improve its search engine, but in the process, “also listens to conversations that should never have been recorded, some containing sensitive information.”3

So, from the survey above it looks as if those who would not own a smart speaker due to privacy concerns have a legitimate reason for not doing so. However, we should point out that in the past year, primarily because of these news stories, regulators in Europe and the United States are taking steps to help protect smart speaker users’ privacy.

In some cases, lawsuits have been filed against these major players to maintain user privacy and confidentiality. We should also add that Amazon and the other organizations mentioned are also taking steps to protect user privacy.

However, these systems are becoming so prevalent, are used by so many millions of people around the world, and collect so much valuable information, it may be like plugging holes in a dam: as soon as one hole is fixed, another one opens up.

For more information on what we do, visit our Case Studies page. https://talglobal.com/case-studies/