We hear a lot about executive protection. But now lets read why executives need it.

Wednesday, April 29, 1992, started just like most workdays for Sidney Reso. Living in an affluent area of New Jersey, he left his home at his usual time. On his way to his car, he stopped in the driveway – just as he always did – and picked up the newspaper. He was ready to serve another day as president of Exxon Corporation.

But this was not to be a typical day. As soon as he picked up the newspaper, a woman confronted him at gunpoint and walked him to a white rental van. In the van, her husband forced him into a wooden box.

There was a tussle, and Reso was shot in the arm.

The couple sped away with their victim in the back of the van. Everything was so rushed, the kidnappers forgot to leave a ransom note. For Reso’s safe return, they wanted $18 million. 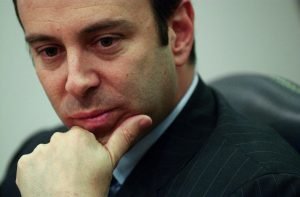 On Friday night, January 10, 2003, Lampert, a multibillionaire, “was nabbed in an underground parking garage in downtown Greenwich, CT, and forced into a rented Ford Expedition,” according to an article in the New York Times.

This type of crime was not what you would expect in such an affluent city. Greenwich, especially downtown, “is comfortable, orderly, and above all, secure,” the Times went on to say. Further, the victim was “a fairly obscure person, little known outside of the small, exclusive hedge fund community.”

Lampert was lucky. His ordeal had a safe outcome. The culprits took him to a Day’s Inn in another part of Connecticut. After holding him for two days, they grew concerned that things were going wrong and worried they would be arrested. They left Lampert unharmed, and fast police action led to the arrest of the kidnappers.

Reso’s story had a much sadder ending. When their top executive was kidnapped, Exxon paid the $18 million in ransom. Even so, Reso died in captivity four days after the kidnapping.

Now here’s what’s so striking to us about these two stories: Both men had absolutely no protection.

Exxon, like many large companies at that time, had not considered it important, and even today, some companies provide little or no protection for their top people. Lampert, on the other hand, oversaw his own affairs. He also did not believe any form of protection was necessary.

They were both wrong.

Unfortunately for Reso and Lampert, criminals saw they were vulnerable and acted on it. Although unexpected, these attacks were preventable. What’s more, this same scenario could happen to so many others in similar circumstances.

Although the odds are still low that a top executive will be targeted for harm or be kidnapped, the chances are certainly higher today than when these two men fell victim.

That is why corporations and well-to-do people, whether businesspeople, government officials, or celebrities, must realize that executive protection is necessary. You can think of it like an insurance policy. It is intended to guard against the unexpected and protect you and your company from catastrophe.

Further, when a top person is kidnapped – or, worse, should they be killed – it can have major negative ramifications for an entire company. These are very unsettling situations for all involved.

Corporations need their employees to feel safe while working and living their lives. No one works well if there are concerns of danger when and wherever they go.  In this way, properly implemented, thorough, and professionally operated executive protection program is more than an insurance policy. It is also a way to make sure your top people are 100 percent focused on their jobs and the business at hand.

As always, we value your feedback, which helps us shape

our perspective on recent events, security, and the services we offer.