A Serious Conversation About Social Media and Crime

Hello and welcome. I am Robert Kravitz and have invited Johnathan Tal and Larry Dietz of TAL Global, an international security and risk assessment organization, to recap a videocast they recently presented addressing the connections between social media and crime.

The entire video on social media and crime will be released in the next few days.

In the interim, one of the key takeaways of this videocast is that social media has become not only an influential part of our lives, but it also seems to be finding a place in crime. Further, another disturbing trend is that social media is now an accelerant; when it starts, the speed of the distribution of the potential havoc it causes is unlike anything we have ever seen before.

With that said, here is the videocast recap: 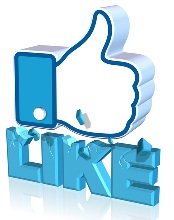 Robert: Can you explain the connection between social media and crime and younger people?

Johnathan: Kids today, and when I say kids, I include millennials and most all younger people, are communicating via Snapchat, Instagram, Facebook, and text. There have always been elements in our society that sought to wreak havoc. This is typical juvenile behavior that prior generations will recognize as well. What is new is the importance of being noticed.

Relatively large portions of this younger generation live to be recognized by others on social media. Youtubers, TikTok “celebrities,” and viral posters have turned them into heroes. This leads to an attitude of “be noticed or you don’t exist.” I think this has influenced the flood of vandalism and property crime sprees we have recently seen around the country.  It’s here that we see the connection between social media and crime.

Moderator: Where does “cyberbullying” come into the mix?

Larry: The old schoolyard bully has moved online. Cyberbullying can happen through SMS, text, email, and apps, or online in social media, and even gaming, where people view, participate in, or share content. Cyberbullying includes sending, posting, or sharing negative, harmful, false, or mean-spirited content about someone else. It can also include sharing personal or private information about someone else, often to cause embarrassment or humiliation. Our big concern is that all-to-often, cyberbullying crosses the line into unlawful or criminal behavior.

Moderator: What age groups are most involved in cyberbullying?

Larry: A study by the Cyberbullying Research Center found the highest participation rates are for those between 12 and 15 years of age, although some research has found that cyberbullying victimization can continue into late adolescence and early adulthood.  In 2021, the Center found that cyberbullying tended to peak at around 14/15 years of age before decreasing. While gaming platforms technically require users to be at least 13 years of age, it is notable that one in four (25.1%) of those young teenagers report they have been cyberbullied.

Moderator: Let’s turn our attention to how social media has been helping law enforcement.

Johnathan: Social media has and does help police solve crimes. But now, some defense lawyers say it has made it harder to defend their clients. They say police and prosecutors now specialize in finding social media posts that condemn their defendants before they even go to trial, often resulting in more guilty verdicts and heftier sentences.

Larry: Even with that said, we should point out that social media can be a real help to law enforcement. As an attorney, it’s my opinion that when someone posts to social media they no longer have any expectation of privacy about that information. A 2011 report conducted by the International Association of Chiefs of Police (IACP) found that 88.1% of the law enforcement agencies use a form of social media site to help with police investigations.

Facebook is a common source of information for law enforcement. Twitter has been especially helpful as a barometer of public interest and concern, in addition to providing real time information about an incident as it unfolds.

Many law enforcement agencies are also using social media for their public relations and communicating with the public as well.

Johnathan: Social media can also prove to be a lucrative intelligence source. In fact, we have a new field called social media intelligence, or SOCMINT, which refers to the tactics, techniques, procedures, and technologies used by organizations to monitor and analyze social media networking sites.

Moderator: Gentleman, what kind of advice are you giving TAL Global clients about social media, risks, and security?

Johnathan: We recommend that high-level executives reduce or eliminate the use of social media. This is because it reveals a lot of information – many times unknowingly – that can be used by perpetrators to harm the executives or their families as well as to target both personal property and business.

Further, we advise our clients to prevent their employees from using social media platforms while at work. Once again, this information, even if inadvertently released, can find its way into the hands of criminals who might do harm to an organization.

Larry: With that said, we also recommend that organizations pay close attention to social media and what may be said about their organizations or their employees on the different platforms. Many organizations are doing this just to see when they are mentioned. We advise going a step further: monitor social media to help protect your business reputation, security, and safety.

About Johnathan Tal and Larry Dietz

Johnathan Tal is Chief Executive Officer of TAL Global Corporation, an international investigative, risk assessment, and security-consulting firm. He is a licensed investigator, former President of World Association of Detectives (2000-2001), and holds a bachelor of science degree. He can be reached through his company website at www.talglobal.com.

His degrees include a JD and master of strategic studies from the US Army War College and an MBA, JD, and LLM in European law. Dietz is an adjunct instructor for Monterey College of Law and American Military University. He is also a volunteer Public Affairs Officer and Advanced International Humanitarian Law Instructor for the Red Cross. He is the author of: http://psyopregiment.blogspot.com.