Political Lingo: Terms Those on the Left Often Use

This is part of a two blog series on political lingo.

We recently published a list of terms that those on the right side of the political spectrum often use. Now we are offering terms used by people on the left. We also added the following caveat to that post, which we will add once again: 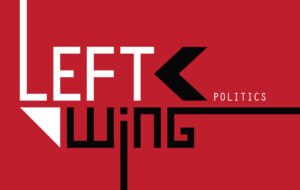 As a risk assessment, corporate and executive security agency, for us to do our jobs properly and effectively, it is crucial that we not bring our own personal politics into our work.

However, as a risk assessment, corporate and executive security agency, we would not be able to do our jobs properly and effectively if we were not up-to-date on the terms and terminology these groups use, whether they be on the left, the right, or in the center.

With this said, here are some terms, the political lingo, of people on the “far-left” or “left side” of the political spectrum often use, as well as how they define certain terms spoken by those on the right:

Capitalism. While many people that have liberal and “left-of-the-aisle” views have proven to be successful entrepreneurs and appreciate our capitalist system, some far-left people believe “capitalism” and “greed” are synonymous.

Greed. Related to capitalism, those on the far-left often believe greed is the cause of all the evils in the world.

Profit. Some on the far-left view profit as theft. They think those who are financially successful, whether individuals or businesses, have made their money unethically. This is because they have a dim view of capitalism and greed (see above).

Compound. Home of a firearms owner.

Conservative. This term has evolved in the past decade. At one time, a person who called themselves a “conservative” was someone who had traditional Judeo-Christian values and showed fiscal responsibility. Today, for some on the far left, the term has come to mean someone who has unethically become well-to-do.

Education. When people on the left refer to education, they are usually referring to public schools. On the other hand, those on the right may be thinking of religious or private schools.

Left wing politics. In political lingo, left-wing politics typically involves people and groups who have a concern for those in society whom its adherents perceive as disadvantaged relative to others as well as a belief that there are unjustified inequalities that need to be reduced or abolished.  However, many of those on the right will likely have their own definitions of left wing politics.

Moderate. When someone calls themselves a “moderate,” some on the far-left view them as either a “lefty in denial” or someone trying to be perceived favorably by those on the left.

Universal health care. When used by people on the far-left, this often refers to socialized health care.

Woke. This word means “awakened,” but primarily to current political and social problems.  Its become fairly common among terms used for political lingo. “He is woke to the reality that politicians are bought and control the strings of government.” In other cases, it refers to white people who finally “woke and noticed black people are oppressed in this country.”

“45.” Refers to Donald Trump.  Trump is the 45th president of the United States.

To read our White Paper and Case Studies, click here.