A Quick History of Executive Protection

For instance, as great as he was  – or he believed he was – Alexander 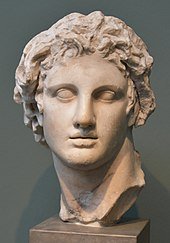 the Great had his share of enemies. As a result, he created a military troop of guards that lived with him and followed him wherever he would go for protection.

These guards became exceptionally well-trained and in time, they were protecting not only Alexander the Great, but other top officials in ancient Greece.  Some later broke ranks and started their own executive protection services, ensuring that the top business people of the day, for example, were safe as they went about their lives.

The same dynamic  –  executive protection specialists branching off on their own  – occurs today. In fact, most of the top people at TAL Global originally received their training in the military, the FBI, or other security and law-enforcement organizations.

The Romans also had elite personal guards for their top leaders. Referred to as the Praetorian Guard, they could be compared to the Secret Service today, which primarily protects the President and Vice-President, visiting dignitaries, and other top officials in Washington.

People and organizations involved in executive protection were also found in Asia hundreds of years ago. For instance, the Samurai were feudal warriors in Japan.  Impressed with their skills, Japan’s nobility asked them to protect the royal family as well as top government officials.

China was not far behind. The country also had elite guards whose primary job was to protect members of the dynasty.  And just as China had its “Forbidden City,” many of these guards were referred to as the “Forbidden Troops.”  They were often broken into groups—some remaining and traveling with members of the dynasty while others were located in different areas of the country.

These remote guards were to keep their eyes and ears always open for threats to the dynasty.  If they heard about such plots, their job was to put an end to these activities and arrest everyone involved.  This was an example of proactive executive protection: catching a threat before it becomes a threat.

Moving from ancient times, we see that virtually all the monarchs in Europe had personal protection units. The Queen’s Guard and the Queen’s Life Guard have protected England’s monarchs since 1660 and still do today.

However, while they are trained to protect the royal family, much of their work is now ceremonial.  The royal family now has their own form of “secret service,” which ensures their safety wherever they go.

Once again, many of these people started out protecting the Queen of England, for instance, and then went on to start their own executive protection services.

Reading through this, I hope you noticed we never used the term “bodyguard.”  A bodyguard is just a warm body.

On the other hand, these troops, whether in Ancient Greece or those in the Swiss Guard, or those involved in executive protection today, are not just warm bodies.  They are specialists in assessing possible threats, analyzing risks, planning gatherings, collecting intelligence, and ensuring their executive clients are safe no matter where they are, at home, in the office, or when traveling.