The China camera surveillance system has expanded dramatically in China since the pandemic.  People who were not allowed to return to China during the pandemic, for instance, report that once they did return, they found cameras fixed right outside their apartment doors.

These folks may be the lucky ones.  Some people now report that government officials have installed cameras not only outside their front doors but inside their homes as well.

According to a state reporting agency, as of 2017, the Chinese government reports they have installed more than twenty million cameras throughout the country.  However, private organizations, such as IHS Markit Technology, say this number is far too low.  They believe that by 2018, at least 350 million surveillance cameras had been installed in China. 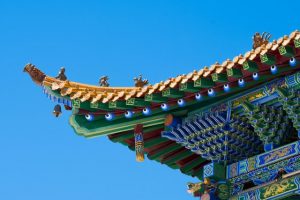 However, by 2021, IHS Markit Technology says that number jumped to more than 567 million cameras. People are now being watched at work, on the streets, on public transportation, when they leave their homes, and once again when they return.

That’s why it should come as no surprise that of the ten most surveilled cities in the world, eight are found in China.

The Chinese government reports that many of these cameras are being installed as part of their “digital health code.”  This way, should another quarantine be called, the state can ensure that everyone is honoring the quarantine regulations.

We should note that the government is not hiding the fact that they are installing these cameras.  They are not, for instance, waiting for residents to leave their buildings before they install the cameras or doing this in the dark of night.  Everything is out in the open.

For the most part, the Chinese people accept them, or at least that is what they say.  One woman who found a camera installed on her front door says, “I fully respect and understand.”  Another Beijing resident said that while he did not think it was necessary to have a camera fixed on his front door, “since it is [now] a standard requirement, I’m happy to accept it.”

Even though surveillance cameras are common in the U.S., they are most often being installed by private organizations to protect their staff and property, not by government entities. If what is happening in China were happening here, we can assume there would be some uproar.

But in China, according to Jason Lau, a privacy and security expert in Hong Kong, people in China are not only accustomed to it—they expect it.

“In China, people probably already assume that the government has access to a lot of their data anyway. If they think the measures are going to keep them safe, keep the community safe, and are in the best interest of the public, they may not worry too much about it,” he said.

Well, it appears some Chinese people are starting to get uncomfortable with cameras in their homes.  One government worker said that one day when he came home from work, he found a police officer and a community worker in his home setting up a camera positioned within a cabinet inside his house.  When asked what the camera would be recording, the community worker took out his smartphone and showed him their current conversation.

Asked why the camera had to be installed, he was told it had nothing to do with the pandemic or a future quarantine.  Instead, it was installed for his own protection in case there was vandalism in the building.

No matter what the reason – or the excuse – it’s not hard to tell what is happening today in China. The government is taking giant steps toward always recording everyone in the country, in all places, and at all times.

According to one person who asked to remain anonymous, “in China today, there is no reason to take a ‘selfie’ anymore.  The government already has hundreds of selfies of everyone living in the country.”