If you have the unfortunate task of firing employees, a movie you might find quite interesting is now available from different streaming services. It’s not a new movie, having been released in 2003. However, it has won several awards since its release and appears to be making a bit of a comeback.

While I found the entire movie, which is based on a true story that happened in the late 1990s, fascinating, as a corporate security professional my big surprise was the ending. I’ll discuss that and the topic of firing employees in greater detail later.

The movie, Shattered Glass, is about a young man named Stephen Glass, who manages to get a 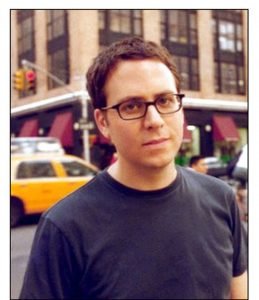 Glass is the youngest reporter at a publication made up primarily of young reporters. To build loyalty and friends within the magazine, he exaggerates stories about his personal life. However, like all the reporters, he is under pressure to find the next story and get it reported before anyone else.

Soon, his exaggerations start filtering into some of the articles he writes for the magazine. Surprisingly, these exaggerations are not caught by the publication’s extensive fact-checking department. Over time, Glass learns how to hack the system, shall we say, and he knows how to get his embellishments overlooked.

However, things start falling apart for our young reporter after publishing an article titled “Hack Heaven.” The article is about a computer hacker who breaks into the data system of a major corporation and reveals to corporate employees what company executives are being paid.

In his article, Glass says that instead of jailing the hacker, the corporation decided to hire him, offering him a hefty salary to help prevent such an attack from happening again. When this happens, he becomes a celebrity among hackers and is honored at a hacker convention in Washington, D.C.

Editors at competing Forbes Magazine are very upset with their technology staff for not covering the story. Their editor knew nothing about the incident or the convention.

Because of this, the Forbes editors start digging deeper and soon finds example after example indicating that the entire story is fabricated. The corporation mentioned in the story does not exist. The celebrated hacker is pure fiction, and the convention that supposedly honored him never happened.

Firing Employees: Getting to the Bottom Line

OK, so there you have the gist of the story. As mentioned earlier, it’s what happens next that made me stop and think.

Eventually, the editor at The New Republic fires Glass. It happens late at night after the editor uncovered yet another fabrication in an article Glass wrote.

The editor walks into Glass’s office calmly but directly, tells him he’s fired, takes his security badge, and tells him to leave the building. Glass is now crying, asking for forgiveness, but eventually does leave.

A few minutes later, he reappears, convincing the building’s security guard to let him back in the office. Once again, the editor calmly but directly tells Glass he’s fired, he will not be rehired, and he must leave the building.

As mentioned earlier, this is based on a true story that occurred in the late 1990s. It is possible at that time that our editor could walk into a staffer’s office late at night and safely fire him. But in today’s world, and with the dramatic increase in workplace violence in this country, that would not be how this scenario plays out.

Instead, one of the services we advice our clients when firing staffers is the following:

After watching the movie, I hope that the antics of Stephen Glass are never repeated. I also hope company executives heed our advice for safely letting an employee go.