When Your Executive Protection is a Liability, Not an Asset

Executive protection typically means having armed bodyguards while traveling through or working in a high-crime or low security region or country can hardly be thought of as a problem. Yet, it turns out that employing improperly trained protection can increase your vulnerability rather than your safety. 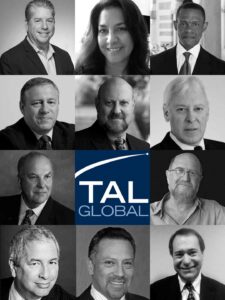 Mr. Adolfo Lagos, former Vice President of Mexico’s giant Grupo Televisa and an avid bicyclist, went for an early-morning ride on the outskirts of Mexico City recently. He was accompanied by armed bodyguards riding in a bulletproof vehicle.

When Mr. Lagos was accosted by two criminals who tried to rob him of his bicycle, his bodyguards responded by opening fire from within the armored car. In the exchange of fire, it appears Mr. Lagos was hit and later died of his injuries.  This is not executive protection.

This unfortunate event highlights the dilemma many face when they seek executive protection.

Should I get the well-trained, well-vetted, slightly more expensive professionals for true executive protection, or should I make do with one of the several less expensive, but probably also less-trained and less competent options available in every market?

With thousands of high-value potential executive targets and hundreds of thousands of licensed and “underground” security guards, Mexico in general, and Mexico City in particular, is a good case study.

It turns out that you get what you pay for. Even local professionals recognize the problem and warn against it.

In a recent interview published in The Wall Street Journal, state and private security officials complained that many of the so called ‘bodyguards’ are poorly trained, even more poorly supervised, and often operate in ways that actually increase the vulnerability of their clients. “Sometimes you see them helping with grocery bags or taking children to the disco,” and that can result in significant distractions, said Roberto Rivera, president of the Mexican Association of Private Security Companies.

For an executive traveling to a country she/he is not familiar with for a brief visit, this is an even more acute issue. They don’t know who to trust and what the pitfalls are. That is why professional corporate security managers make EP arrangements ahead of time, with well-trained qualified professional Executive Protection Agents who can bridge the gap over local vulnerabilities, without giving up the ‘home-base’ advantage of local staff that are familiar with the terrain, the current conditions and local leaders throughout the local first responders community.  Talk to Us.  Find out about our executive protection services.