A No Nonsense Look at Workplace Violence

A recent search of the term, workplace violence, using Lexis/Nexis, a legal and professional information service, indicates no significant articles were published on this topic before 1980.

Can This Be True? Is Workplace Violence Something New?

With workplace violence and, worse, workplace shootings happening just about every other day in the U.S., is this telling us that this was not an issue just 40 years ago? While we at TAL Global are sure there were incidents of workplace violence going back decades, they were either not categorized as workplace violence, were not reported for one reason or another, or if they were reported, did not get that much public attention.

Further, employers often tried to muzzle reports of workplace violence. Such incidents were referred to as “getting hurt on the job”—the seriousness of the incidents kept under lock-and-key. 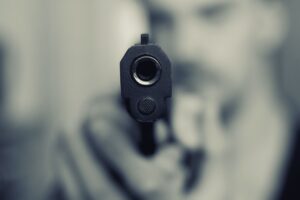 Nevertheless, it appears Lexis/Nexis may be correct. It was not until the early 1980s that the FBI created and classified this crime category. The FBI began defining workplace violence as “violent acts by a disgruntled employee against coworkers or bosses.”

The Occupational Safety and Health Administration (OSHA) goes a few steps further. They define workplace violence as “any act or threat of physical violence, harassment, intimidation, or other threatening disruptive behavior that occurs at the worksite. It ranges from threats and verbal abuse to physical assaults and even homicide.”

Soon, OSHA and various state-level programs started tracking workplace violence. Up until then, there were no mechanisms in place to record these incidents. Once again, this is hard to believe when you consider how frequently they occur today.

Early Incidents of Workplace Violence That Changed Everything

However, back then, they were still rare.  But then there were some incidents that changed everything.  Workplace violence was literally “shot” into American culture.  Here are 3 examples:

These incidents were shocking three and four decades ago. Today, stories like this sound all too familiar.

As to finding ways to mitigate workplace violence, we have discussed some options in our post, How Small Businesses Can Address Workplace Violence, and in one of our #securityinsights: What To Do If a Shooting Incident is Happening Right Now.

The Cost of Workplace Violence

Before we leave this topic, there is one more thing we need to discuss, and that is the cost of workplace violence. There is the personal toll in deaths and injuries, of course. But there are enormous financial impacts as well, running as high as $170 billion annually. In 2015, there was a mass shooting in San Bernardino, CA. That one incident resulted in more than $60 million awarded in lawsuits.

Some of the other financial impacts are less tangible. These include the following:

There is a system to preventing, mitigating, and resolving most threats, including workplace threats.  These include early detection, training and reporting policies, along with developing a quick and decisive response. Further, there is no end-game when it comes to workplace violence. Prevention and preparation involves continuously evaluated situations.

As always, we value your feedback, which helps us shape our perspective on recent events, security, and the services we offer.  Click here to Talk to Us.