Why So Many Spam Calls? What We Need to Know

Recently, one of our staff was surprised to see something unusual when his phone rang. On the screen, instead of indicating who was calling or the number they were calling from, there were the words “Spam Call.”

We should all expect to see this in the future. So many people – more than 63 billion in 2019 – have been complaining to the Federal Trade Commission about spam calls that they, along with smartphone manufacturers and carriers, are starting to do something about it.

And it’s just in time.

Since the pandemic, there has been a surge in these and similar types of nuisance calls. It’s like we’ve been saying in some of our newsletter and recent posts; the past year, 2020, was a golden opportunity for many dodgy characters to find ways to cause harm –  and make some money at it. This is just another example. 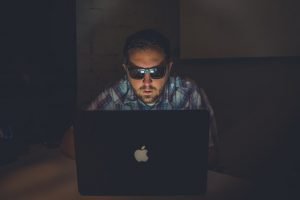 The following Q&A is designed to help us better understand what spam calls are all about and even better, what we can do about them.

What is a spam call?

Just like spam emails, spam calls are often nuisance calls sent to large numbers of people at one time who have not expressed interest in a product or service. Initially, both spam emails and spam calls were just irritating, but not any longer.  Many are dangerous.

The sender or caller wants to steal something from you, such as your social security number or a credit card number. A spam call may also be an attempt to gather personal information lodged on your phone.

Spam calls, and their next door neighbor, robocalls, are illegal in the U.S. unless used to convey a public service or emergency announcement. Robocalls are calls generated by auto-dialers to deliver pre-recorded messages. Even though they are illegal, political organizations throughout the country used them in the last election.

If they are bothersome and illegal, why do we get so many?

“Money…honey,” as a friend of mine used to say. It’s basic spam call economics. In 2019, spammers spent about $438 million on spam and robocalls. That generated around $6 billion.

While the precise correlation has not been determined – how much money must be spent on spam calls to generate so much money – what we do know is that the more invested in spam calls, the more money made, at least currently.

Are there areas of the country that get more spam calls than others?

Yes. These are the top 10 area codes receiving the most spam and robocalls in February 2021:

Are spam calls and “scam” calls the same thing?

No. Whereas a computerized auto-dialer usually generates a spam call, scam calls are typically manually dialed by a real person whose goal is to uncover personal information or steal money. The most famous scam call incident happened in 2013. Spammers, identifying themselves as IRS agents, collected nearly $14 million from people who were told they owed back taxes. These amounts were typically charged to the victim’s credit card.

How can I prevent being spammed, robocalled, or scammed?

The simplest way is not to answer a call if you do not recognize the caller’s number or name. Usually, these callers do not leave messages.

Some smartphones will now allow you to block that number in the future or even tell the carrier it is a spam call.

Sign up with the Do Not Call Registry. This system allows you to select what types of calls you want and do not want to receive. Be aware, you may have to update your information and re-register.

Finally, if you begin receiving several calls that fall into these three categories, contact the Federal Trade Commission. If they collect enough complaints, they have mechanisms to stop the calls…that is until the spammers come up with a new scheme.