Let’s Wake Up to a Serious Threat to Our Country: Chinese Industrial Espionage

There is a serious threat emerging in our country.  Here is a Case in Point:

On November 5, 2021, Yanjun Xu, deputy director of a foreign intelligence branch of China’s Ministry of State Security, was convicted of conspiring to commit economic espionage and theft of trade secrets.

“But this conviction also serves notice that the United States will not sit by as China, or any other nation-state, attempts to steal instead of researching and developing key technology. Instead, and with the support of our allies, we will continue to investigate, prosecute, and hold accountable those who try to steal the fruits of American ingenuity.”

This is just one of many instances of Chinese espionage, most all of which are a threat to this country.

However, while nation-states such as China and Russia may top the list of threats to intellectual property, many other nations also deserve our attention.

In this article we explore this situation in greater detail.

Threats and the goals of counterintelligence?

The Federal Bureau of Investigation is the U.S. government’s lead agency for exposing, preventing, and investigating intelligence activities on U.S. soil. While the details of the FBI’s strategy are classified, the counterintelligence division’s primary goals are to:

Businesses and organizations may not have weapons of mass destruction to protect, but they do have critical assets that need protection, just as the U.S. government does. Robust counterintelligence programs for businesses have proven effective in shielding sensitive information from unauthorized personnel.

What steps can we take to guard against threats to intellectual property?

The most important step an organization can take is to identify and mark intellectual property.

This may sound elementary, but different departments in an organization often have different definitions of what needs to be protected. For instance, TAL Global, an international risk assessment firm, investigated a case in which a client’s sales manager went to work for a key competitor. Shortly after that, the competitor announced a new product with features and benefits identical to the unannounced product the client was developing.

During our investigation, which included interviews with client personnel from engineering, marketing, human resources, and top management, we learned:

At the conclusion of our investigation, it was clear that personnel in the marketing and engineering departments were not aware of the sensitivity of the information they shared. Clear communication of priorities from the executive suite may have prevented this unintentional leaking of trade secrets.

As security experts, we have learned over the years that people will spy on their employers for several reasons. Among them are the following:

Organizational issues can also result in threats to a company and the theft of intellectual property. These are some of the more common organizational factors leading to industrial espionage:

Fortunately, there are steps employers can take to prevent intellectual theft. Many times, to ensure these steps are in place, employers need to work with a professional security and risk assessment organization such as TAL Global. As referenced earlier, we have experience dealing with these situations, and most important, with ways to prevent them. However, some steps that employers can take now include the following:

Industrial espionage, particularly by foreign powers, is a growing concern. Stopping it requires everyone to understand their role in protecting themselves and their organization’s sensitive and proprietary information and assets. A few basic measures, combined with the help of experts, will provide organizations with not just peace of mind but real security. 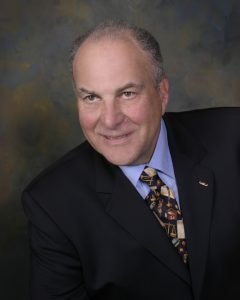 Lawrence D Dietz is part of the TAL Global team. He is an attorney, cybersecurity professional and instructor for Monterey College of Law and American Military University. He retired as a Colonel in the U.S. Army Reserve after a Distinguished military career including service at the NATO Four Star level and US Special Operations Command.

His legal expertise includes complex multi-party contract negotiations (many international), NDAs and Law of Armed Combat. His degrees include JD, Master of Strategic Studies from the US Army War College, MBA, JD, and LLM in European Law. Dietz is also a volunteer Public Affairs Officer and Advanced International Humanitarian Law Instructor for the Red Cross. Finally, he is the author of: http://psyopregiment.blogspot.com.