Understanding the 4 Levels of Civil Unrest

As this is being written, “civil unrest” is gripping our nation from coast to coast,” says Johnathan Tal, Chief Executive Officer of TAL Global, an elite security, consulting, and risk management firm that protects human and physical assets around the globe.

“It is my prediction, as unfortunate as it is, that as the pandemic, economic difficulties, and high unemployment persist, tensions will rise and what we see happening now could be the beginning of civil unrest spreading around the world.” 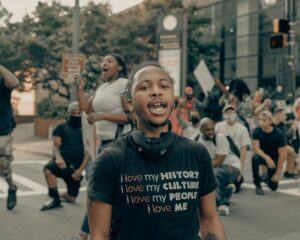 Tal is not alone. Many observers have been concerned about the fallout from the pandemic and the collapse of world economies.

Because of this, it might be a good idea for administrators responsible for the safety of people, buildings, businesses, and corporate campuses to develop a better understanding of what civil unrest is all about. For instance, there are four levels of civil unrest, all of which we have seen in this country and around the world. They are the following:

This is the lowest level of civil unrest; however, that does not mean it is the least disruptive. Level One is when people turn on their own neighborhoods. We saw this frequently happen in the 1960s and during the Rodney King riots in Los Angeles. It can be deadly and disruptive, but usually it is confined to a specific neighborhood.

This level is similar to Level One; however, it typically has targets. For instance, people may target a local police station or a local business district within their neighborhood. Another difference is that while Level One is typically spontaneous, in Level Two, planning is involved. People decided ahead of time to protest in front of a police station, for example. No other areas of the community experienced civil unrest.

Level Three is reached when the civil unrest expands beyond confined or targeted areas. Often, it is the result of a crackdown to stop the civil unrest. Let’s say the civil unrest first targeted a local business district in a specific neighborhood. However, to control the disorder, especially if there is violence, police place travel restrictions around all surrounding communities. Businesses and school districts are often closed. Freeways near the troubled area are shut down, as are on and off ramps. In time, food and fuel are in short supply. With Level Three, even if civil unrest stays confined, surrounding areas become impacted in one way or another.

This is where we are as of June 2020. Civil unrest spreads around the country, even internationally. It’s often at this level that federal authorities are brought in to quell disturbances. If disturbances continue, martial law is called, which means the military is brought in to put down disturbances.

Civil Unrest and What Businesses Need to Do

When any level of civil disturbance flares up in a community, businesses located in the surrounding areas must not become complacent. Having an “it can’t happen here” mentality and avoiding development of a disaster plan is the worst thing to do. History tells us that civil unrest has vast implications and can spill over into many areas that were believed to be safe.

To protect yourself, ensure the following basic emergency preparations are in place in your organization:

“What we find is that many facilities are not prepared for any type of civil unrest,” says Tal. “All too often, when it happens, the result is chaos, disruption, and unnecessary fear. To prevent this, administrators in charge of building security must take a proactive approach. The more prepared they are, the safer their people and their facility will be.”

Talk to Us. We’re here to help.