Things We Need to Know About Silicon Valley Spies

Who Are Silicon Valley Spies?

Silicon Valley spies are hard to uncover because they are trained to fit in. They adapt to gain the target’s trust, thereby enabling to be in a position where they can harvest the information they need. Spies can be trained professional operatives of foreign countries; they may be amateurs such as aggrieved employees who are looking for ways to harm their employer; or they can be competitors who are trying to learn about the latest new product or trade secrets.

When we think of spies, we often conjure up images of the suave 007 – James Bond.  Well, 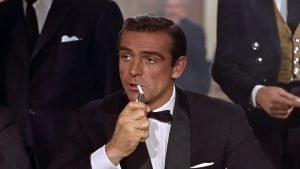 many times, that is exactly what they look like.  Today’s spies, especially in Silicon Valley, are often younger, attractive men and women that frequent bars and other locations Silicon Valley executives tend to gather in.  Silicon Valley, in many respects, is a big family of people. Eventually, they all tend to get to know one another and meet each other. Silicon Valley spies want to be there when they do.

Who Do They Work For?

We referenced this earlier, but let’s repeat this because it is important to know. Very often these Silicon Valley spies are working for other technology companies in this country or around the world. But all too often, they are paid by foreign governments to get their direct access to the latest technologies under development from U.S. companies.

How Do Spies Operate?

First spies must learn about as much as they can about their targets and there are a variety of ways for them to do this. It starts with human intelligence (HUMINT). Getting to know individuals employed in specific departments of a company, such as in research and development. This has the potential of the spy gaining access to sensitive and valuable information.

Another effective means of gaining intelligence is by Image Intelligence (IMINT).  The best example of this technique was not in Silicon Valley but in a football game. It happened when the NFL learned that the New England Patriots were videotaping the defensive signals of their opponents. Here is how the Business Insider newspaper headlined the story: “Bombshell ESPN report says Patriots’ ‘Spygate’ scandal was worse than realized”

Social Media is another way that spies learn about their targets. Facebook, LinkedIn, and Twitter are a treasure trove of information about people, their likes, interests and even their friends and employers. Also, they follow news stories about new employees hired in a company. If they are key people hired into important positions, they are immediately on the spy’s radar.

Well, now that we know more about Silicon Valley spies, how can we protect ourselves?

Fortunately, there are ways and, by the way, these apply to all kinds of companies and organizations in all kinds of industries, not just in high-tech.

These strategies include the following:

Engineering, research, and marketing heads in Silicon Valley companies need to agree on what information about new products and technologies can be shared with the outside world.

The organization needs to be aware that it is a potential target. Key employees should be provided training that helps them identify potential ‘spies,’ understand espionage tactics, techniques, and procedures.

The organization should pre-plan how to lessen harm from industrial espionage. This would include establishing relationships with private investigative and law enforcement agencies before incidents occur. TAL Global offers such services to our Silicon Valley clients.

Hire professionals to perform periodic sweeps of sensitive areas such as conference rooms, executive offices, and other areas where confidential plans or information is likely to be discussed. These are known as Technical Surveillance Countermeasures.

We must think like the bad guys. Consider having brainstorming sessions where selected team members look at the organization as if they were bad guy outsiders. These Red Teams assess what information is important or valuable and figure out innovate and creative ways to get it.

It can, and all too often, it will.