Yes, It’s True: Murders, Shootings and Killings Have Increased Dramatically in the U.S.

We hear news reports about shootings and killings in the U.S. all the time. However, an October 2021 study by the Pew Research Center (PRC) put it all in perspective and has shown us just how bad it really is.

According to their report, the year-over-year rate of shootings and killings in the U.S. as of 2020 was the largest since 1905 — and possibly ever.

They base their data on information collected by the Centers for Disease Control and Prevention and the FBI. While the tabulation methods may differ, the results are the same: “both sources point to a sharp rise in the U.S. murder rate during the pandemic year of 2020.” 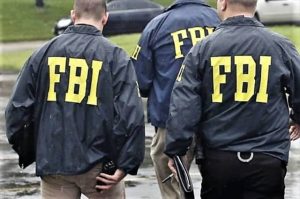 So, let’s try and understand the data starting with what was going on in 1905 to have such a high murder rate. The answer is nothing: 1905 was the first year state governments began tracking the number of murders, shootings and killings, in their states and sharing it with the federal government.

Here are some other stats about murders, shootings and killings from the PRC study:

OK, that’s all the bad news. Here are some things we should know as well that help put things into perspective:

These statistics leave us with more questions than answers.  Further, it appears we are going in a direction that allows more people to have concealed weapons.   My concern is that disagreements that typically could be handled peaceably, without violence, will now be settled with guns.

Further, while there were calls after the George Floyd killing to defund the police, it appears the increased murder rate is making us reconsider that option.  Most Americans now believe we need to increase police funding in our local communities, according to the Pew study. While TAL Global is certainly not opposed to social programs that might reduce gun violence, we agree with most Americans — defunding the police is not the way to go.