Towards a Better Understanding of Park Security

A peaceful Sunday morning in November 2020 turned violent at the Linda Vista Recreation Center in San Diego. One man was shot and later died in a nearby hospital. While police were attending to him, another man arrived at the scene, who was also shot. He survived the incident. When the shootings occurred, both men were on their way to use the handball courts at the center. As of this writing, the shooter has not been located. 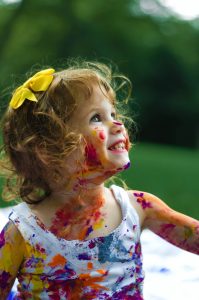 While this is an example of profoundly serious crime in a public park and recreation facility, fortunately, it is not the norm throughout the country. Many city parks in the U.S. suffer little more than occasional vandalism during the year, while others experience much more serious incidents.

When the “urban revolution” began in the U.S. in the 1990s, and more and more people began leaving the suburbs and moving back to the cities, many cities began adding more park and rec centers. These offered greenery, much needed open space, and a place for people to relax and have fun. Essentially, they became the public “backyard” for suburbanites that had moved to the city.

But some of these public backyards also become dangerous places. Because they are public places, they can frequently be taken over by undesirable activity, becoming living spaces for the homeless, market centers for drug dealers, the site of delinquent behavior of all kinds, and in the worst-case scenario, the location of shootings such as the one in San Diego we just described.

Some might say that park security, park and rec crime or undesirable activity depends on where the park is located. This is usually based on “neighborhood demographics.”

While location and demographics can play a role in park and rec crime, undesirable incidents can happen in any public place and any neighborhood. For instance, a mugger may find a neighborhood park to be a good place to find lone victims out for a stroll in the middle of the day. Drug dealers may prefer a park in an upscale area because it is away from their traditional haunts and viewed by people in the area – and possibly police – as an unlikely place for these transactions to occur.

The bottom line is that crime in parks and rec facilities can happen everywhere. While not all crime can be prevented, there are ways to reduce the risk of corruption and make these public facilities safer for all to enjoy and enhance park security.

There is no one-size-fits-all approach to park security.  Much depends on present conditions: if the facility is experiencing security issues or if situations are relatively calm. In either case, park administrators should consider the following items.  We call these the “easy steps” because if necessary, they often can be accomplished quickly at minimal cost. Among them are the following:

Park Security and The Risk Audit

Let us say a park’s administrator has taken the steps noted above, however, illegal, unsavory, or dangerous behavior continues to be a problem in their park. This likely is the time to call in a risk prevention firm to conduct a risk audit.  This type of audit helps identify weak points in the park property and oversight that should be addressed and provides recommendations to ensure the ongoing safety of park staff, users, and assets.

For instance, we just mentioned the need to install secure fencing around the property. Once installed, administrators may believe this issue no longer needs to be addressed. Far from it. A risk audit often reveals areas that need attention, such as trees that have grown over the fencing, making it relatively easy for unsavory characters to enter the park after hours.

The risk audit may also uncover the following:

Fortunately, technology has been developed to help park administrators ensure the safety of their facilities and more advancements are expected in the coming years.  In some cases, administrators have been reluctant to adopt these technologies due to privacy concerns.  However, privacy concerns tend to fall by the wayside when security is breached, and even more so when a crime has been committed that could possibly have been prevented.

Among these  technologies are the following:

Currently, park and recreation facilities are grappling with all the same challenges that society at large is struggling with. Unfortunately, this “struggle” lends itself to unrest and incidents that can harm park users and park and recreation facilities.  Hopefully, this will pass and pass soon.  However, in the interim, it is a wise idea for park and recreation administrators to carefully review their park security and see what steps they can take to reduce risk.  Increased awareness and these steps toward risk prevention will prove beneficial now and in years to come.

Johnathan Tal is CEO of TAL Global.  Based in Silicon Valley, TAL Global is a leading risk management, security consulting, and investigative agency serving airports and other clients all over the world.  He can be reached through his company website at www.talglobal.com