Is Civil Unrest in the U.S. Coming Next?

Civil unrest was the last thing most Americans were thinking about six months ago.

2020 started out bright and rosy. The economy was strong, and businesses around the world expected it to be a rewarding year.

Further, in January 2020, the U.S. unemployment rate was just 3.6 percent, one of the lowest rates in history. Jobs were plentiful, and workers knew if they wanted to change jobs – or change careers – they would likely find it easier than ever before to do so.

And one more thing. On January 29, 2020, the Los Angeles Times reported, “life expectancy in the United States is up for the first time in four years. The increase is small, but it marks at least a temporary halt to a downward trend.”

This was a positive sign. At the time, many public health experts expected this trend to continue and be an indication that the country, overall, was getting healthier. 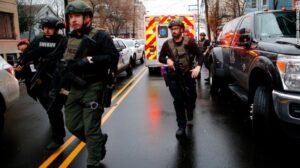 But then COVID-19 arrived on American shores. While stocks were flying high in February, by March, stock markets around the world began contracting. By the end of March, the stock market in the U.S. was down 25 percent.

With the crash, millions of people started losing their jobs. On May 21, it was reported that 2.8 million more Americans lost their jobs. That brought the total number of people filing jobless claims in this country to 38.6 million.

During the worst of the Great Depression, unemployment hovered around 25 percent. The President of the Federal Reserve Bank of St. Louis, James Bullard, believes we will reach 30 percent unemployment in this country by the second quarter.

Adding to this very gloomy picture, the U.S. now has more cases of COVID than any other country in the world, as well as the most deaths. Put this all together, and we see one of the worst-case scenarios taking place in the history of the United States.

But, unfortunately, that is not the end of the story. Not since the Civil War has this country been more divided and more politically polarized.  One political observer said that vast segments of this country’s population no longer dislike each other; they disgust each other.

With all of this happening and happening so quickly, it would appear the title of this blog, “Is Civil Unrest in the U.S. Coming Next?” to be both timely and appropriate.

Civil unrest has happened so many times around the globe that the International Labor Organization, a United Nations agency, has even created a Social Unrest Index. This Index is all based on numbers and calculations.

For instance, with every step that a country’s economy and Gross National Product (GDP) goes up, and unemployment rates go down, the Index reduces the likelihood of civil unrest by a pre-calculated amount.

But just the opposite is true when it comes to civil unrest.

When the economy and GDP drop and unemployment rates go up, as is happening now, the possibility of civil unrest increases by a pre-calculated amount as well.

Now, mix in how fast this is happening, the impact COVID is having on our lives and the life of the country, along with the polarization, it becomes clear that the question we should be asking ourselves is not, if we will have civil unrest in the country, but when.

This means that corporate campuses, businesses, venue operators, building owners and managers should be taking steps to protect their top executives, their companies, property, and their staff. For many, this is totally uncharted territory and civil unrest can turn businesses upside down in minutes.

Your best defense against such situations is to be proactive. You must understand what risks are present now and what risks may materialize over time. This calls for experts in corporate security like TAL Global. We have experience in these matters and can guide you and your business to safety.  Talk to Us.