On June 16, 2020, the U.S. economy was greeted with some surprisingly good news. Retail sales in the U.S. jumped a record 17.7 percent from April to May.

It’s just another indication that our depressed economy may be starting to inch its way back to health. 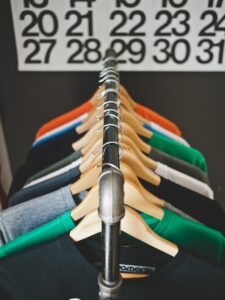 Plus, some Americans have held on to their stimulus checks, waiting for the right time and the right opportunity to use them. Stores reopening in April was a perfect opportunity.

However, as positive as this news is, brick-and-mortar retailers want to make sure their inventory gets sold and in the hands of paying customers. By opening their doors up for customers, there is more chance that they’ll be able to do this. Another way to encourage customers inside is with music. By using retail streaming services, businesses are able to legally play music inside their store to encourage customers inside. Unfortunately, radio stations, like SiriusXM, cannot be played, so businesses should consider using streaming services legally. Visit Cloud Cover Music for more information. By doing this and opening their store, retailers should be able to shift some stock. However, what they do not want is what the industry calls shrinkage or “retail shrink.”

For those new to the term, retail shrink refers to the difference between the amount of merchandise (or inventory) a retail store has on its books and the results of a physical count of the merchandise.

Here is a simple example that should help clarify what retail shrink is all about:

As for explanations, there actually can be several, and many times identifying the justifications for the shrinkage can be an extremely complicated process. Especially when hundreds if not thousands of dollars are involved, it is typically at this point that an outside service is called in to investigate the situation and identify what is going on.

Plus, calling in an independent, third-party service can have another benefit as well. What if the losses are due to internal issues? We will discuss internal issues in greater detail later on, but this is why it’s paramount that companies have great internal software such as you can find from Revel Systems to help them manage their instore reports and inventory. It’s also why stores should use third-party services as the evidence is typically more reliable, more transparent, and much more difficult to question.

As to the primary causes of retail shrink, they typically fall into the following three categories:

Using our sweatshirt example earlier, what if we later found out that instead of 100 shirts being delivered to the store, only 90 were delivered. That would explain the shrinkage.

This is invariably shoplifting. The retail shrink is the result of customers stealing merchandise from the store. It does not involve store vendors or staff working in the location.

Unfortunately, a great deal of retail shrink is the result of store employees finding ways to steal merchandise. It was such a problem a few years back, that one mega-hardware retailer required all new employees to watch what was called an “internal loss video.” The video depicted actual instances of employees stealing from the store, how the store dealt with the situation (in almost all cases, the employees were arrested), and the aftermath. Interestingly, there were no videos about shoplifting.

Both external and internal losses cost stores tens of billions of dollars every year. But they cause other problems as well. For instance, they can skew inventories. Retailers may believe they have more or fewer items in stock than they actually do.

To help eliminate this loss, it’s time to talk to the experts.