When the Going Gets Tough… Americans Get Guns

When Americans get scared, they buy guns. That is pretty much the long and short of it, especially right now. With the pandemic, the struggling economy, racial tensions, and civil unrest, the FBI, which conducts background checks on people purchasing guns, says they conducted one million more background checks in March 2020 – when things first started getting rocky – than in March 2019. 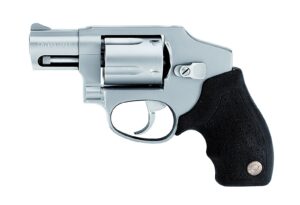 Further, the National Shooting Sports Foundation reports that there were more than 2.5 million new gun owners in the first half of 2020, which the organization says was an “unprecedented surge.”

We should also note that according to a report by the Small Arms Survey, a project of the Graduate Institute of International and Development Studies in Geneva, Switzerland that analyzes gun sales and gun use around the world, there are nearly 400 million guns in private ownership today in the U.S., about half of the global total.

This is probably why Dan Predovich, a Denver-based former cop turned firearms instructor, says we have become a gun-carrying nation.

“People are turning on the news and looking at what’s happening in their neighborhoods, and they can’t help but be concerned. [They] instinctively know that the police are minutes away when seconds count, and they want to protect themselves and their families should the need arise.”

Additionally, team members at TAL Global, a personal and corporate security organization, believe many Americans no longer trust that the traditional security systems in place – local police, State and county sheriffs, even Federal protective organizations –are reliable and can be counted on should an emergency occur. For this reason, people are arming themselves at unprecedented levels.

Whatever your thoughts on this trend, one thing we can be thankful for is that many of these people are getting firearm training. People should know how to store guns and use them safely since there are concerns over accidents that can happen when one is not cautious. Owners should also make sure that their firearm is not accessible to a prohibited gun possessor, and these are people who have been found to constitute a danger to themselves or others, or they are prohibited by law to possess one.

Further, most states now have some form of “conceal-carry” firearm program on the books. Legally, to carry a concealed firearm in these states, they must take classes like this to get a firearm permit. You can check out information on this iowa concealed carry law for example.

Are all these guns helping?

Are people in this country safer with so many more Americans purchasing guns or are all these purchases more of a reflex reaction based on growing fears?

The answer is yes, and no.

Some states that have conceal-carry provisions do report a decline in violent crime compared to states that do not have such programs in place. After passing a conceal-carry law in Florida, homicide rates fell from 36 percent above the national average to four percent below.

Likewise, Texas reports their murder rate has fallen 50 percent faster than the national average since they passed a law similar to Florida’s. Other states have not reported any significant declines in shootings.

So, what does this mean for corporate executives and high-worth individuals? Should they all be carrying guns?

That most likely is a personal decision. Publicly, however, after recent mass shootings, many CEOs have urged Congress to take action to curtail gun violence by making it harder to purchase a gun and by expanding background checks.

To their surprise, even Jared Kushner, President Trump’s son-in-law, has supported their actions. “The Senate must follow the House’s lead by passing bipartisan legislation that would update the background checks law, helping to keep guns out of the hands of people who shouldn’t have them, in an effort to save lives.”

However, and as you probably know, no action was taken.

Ultimately, it may not help if CEOs and other high-worth individuals carry guns. The use of a weapon is a reactive action. Further, it may prove unsafe. Very often, the weapon is used by the perpetrator against the gun owner.

What is needed is proactive measures to ensure their safety. This does not necessarily mean having security guards protecting these people as much as it involves identifying potential threats and security risks, long before any harm to these individuals can be taken.