Are We Experiencing a Flight to Safety in America?

Did you know there is a flight to safety among wealthy New Yorkers?  Such is the case, as reported by Michael Snyder, author of the new book, Lost Prophecies of the Future of America. 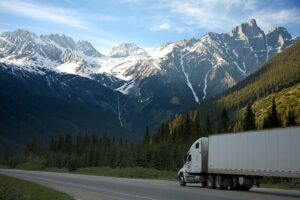 According to Snyder, moving companies “remain inundated with requests from people leaving New York City.” Making it easier to move, many are looking for places to store their belongings. One New York moving company says it has witnessed a “drastic spike in [demand] for storage compared to years prior.”

Oh, and if you think this is just happening in New York, think again. The same flight to safety scenario is being played out in California. Those with means are fleeing the state, says Snyder.

And, with this flight to safety taking place, where are these well-heeled city dwellers headed?

Rural America, or as far away from big urban centers as possible.

It’s not hard to understand why. First, all the amenities most large cities offer—culture, dining, entertainment, shopping at brick-and-mortar stores, educational offerings, social events—have been curtailed or eliminated due to COVID-19. It may take many years for these city benefits to return.

But the biggest reason residents are leaving is civil unrest. Look what just happened in Chicago. A man on the south side of the city started shooting at police. It was a “clear act of violence,” according to Chicago Police Superintendent David Brown.

However, social media platforms picked up the story and gave it a twist: Posts reported that an innocent man had been shot as well as a child, implying this was an example of police hostility against African Americans. The result: looting and rioting in the city’s two main shopping districts, all caused by false information.

Another incident recently occurred in Fort Collins, Colorado. Called the “Back to Blue” rally, left- and right-wing groups confronted each other. While there were not a lot of people involved, tensions soon flared, fist fights began, several demonstrators were injured, and at least three people were arrested.

Making matters worse, after the Colorado event, members of both groups were praising the incident, indicating their side “got those SOBs.”

“A lot of people celebrated that brawl, but the truth is that it should make all of us very sad,” says Snyder. “Americans should not be fighting other Americans. A house divided is sure to fall.”

Adding to the reasons for the flight to safety  atmosphere of edginess is a general despair regarding what the future holds for this country.

This last point is a major concern as cities try to get back on their feet. United Airlines, which is headquartered in Chicago, announced that it is moving many of its staffers to suburban locations. Concerns about their employees’ welfare and the facilities where they work are now major issues that require addressing.

Our advice to businesses, CEOs, and high-worth individuals for the coming several months is to move carefully and cautiously in the next few months.  Taking a flight to safety is a serious matter. We don’t want knee-jerk reactions taking center stage. Knee-jerk reactions are defined as “automatic or reflex reactions to an immediate situation without examining the causes of the facts.” (Italics added.)

Further, before taking any steps, consult with a personal and corporate security organization. A respected, international security organization such as TAL Global has seen situations like this played out before, in this country as well as others. Their advice can save people and businesses thousands of dollars and provide some semblance of normality, something we all need to make it through the coming months.

Please visit our Case Studies page to learn more about the type of work we do.