Thinking About Executive Protection? Here are Some Things You Need to Know

Question: What do Jeff Bezos and Claudius Gothicus, the emperor of 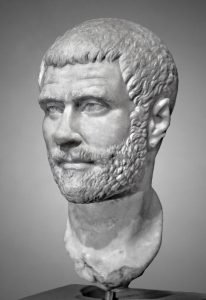 Answer: They both had executive protection.

The executive protection industry dates to the Roman era. Emperors had guards involved in virtually all their public activities to ensure their safety.

If traveling, these guards would plan routes for the emperor. If the emperor was giving a talk, they would check the venue before the leader arrived. They were trained to handle physical attacks, and in the event something unfortunate should happen – or if there was a danger that something tragic might happen – they would have one or more exit plans in place to protect the emperor. A person was even assigned to taste the emperor’s food for possible poison attacks.

While we don’t hear much about it, Jeff Bezos has similar protection services. So do scores of other American executives, celebrities, college and university presidents, hospital administrators, and other well-known, influential, and wealthy individuals. These prominent people attract attention, and sometimes that attention leads to threats or even violence. It’s these protection programs that help ensure the safety of these leaders.

To better understand this service, let’s define what we are talking about. TAL Global defines it as

An efficient and effective executive protection program is designed for key individuals to mitigate risk and promote safety while supporting the executive’s productivity.

In terms of supporting the executive’s productivity, a perfect example would be an executive that frequently travels for work. The program will ensure the executive gets to their destination as safely and timely as possible so they can perform their work duties, with the assurance of security at the location and during their return.

Determining When It is Needed

Invariably, an organization will consider hiring a firm to provide protection for their top people once it grows in public stature and influence. Alternatively, threatening incidents such as these might be the trigger for instituting such a program:

People in a variety of situations would benefit from an such a program:

Hiring the right firm to provide your company with protection services can take time and effort. As you evaluate potential firms to work with, be sure to get clear answers to these questions:

Although you may want to ask if the firm has a license or certificate, such licenses, and certificates, at least on a national level, currently do not exist. In the US, protective services are covered by each state, and you should be provided with proof of license and a record of any adverse action by the licensing body.

When selecting a firm to provide protection for top executives, consider more than just a single service. It is also a good idea to work with a firm that offers other services such as risk assessments, risk mitigation, and security consulting.

A risk assessment identifies other hazards and vulnerabilities that may be present and will suggest ways to minimize or eliminate them. This helps ensure protection for the executive and many others in the organization. Invariably, it is not just the executives at a firm who need protection but others working for the organization as well.

Johnathan Tal is Chief Executive Officer of TAL Global Corporation, an international investigative and risk-consulting firm. He served as a military field intelligence officer for the Israeli armed forces during the 1970s. Tal has also served as an antiterrorism security specialist. He is a licensed investigator, Certified Private Investigator (CPI), and Certified Fraud Examiner (CFE), and he holds a Bachelor of Science degree. He can be reached through his company website at www.talglobal.com.