Is Defunding the Police the Way to Go?

Is Defunding the Police the Way to Go? is from our August 2021 Newsletter.  To subscribe, click here.

We have all heard the calls for “defunding the police.” These calls came to a crescendo last year with the killing of George Floyd by Minneapolis police officers. But let’s think about these defunding the police calls a bit more carefully.

These calls are asking for money intended for local police departments to be redistributed into community development programs.  However, when police departments find they must make ends meet with a reduced budget, what money they do have to work with is invariably earmarked just for personnel and equipment.

What is cut are the outreach programs most police departments in the country have created to improve their relationships with young people and those in challenged communities. 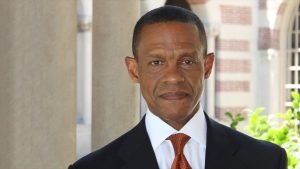 “These outreach programs have been very successful at building the police departments of tomorrow,” says Erroll Southers, a former FBI special agent, a professor of the Practice in National & Homeland Security at the University of Southern California Sol Price School of Public Policy, and the Managing Director of Counterterrorism and Infrastructure Protection at TAL Global.  He goes on to say:

I’ve had the honor of serving with and leading officers who came from the inner-city area of Los Angeles — Asian, Hispanic, and African American men and women who, like me, wanted to give back by serving their communities with honor, dignity, and respect. These professionals sought to become police officers partly because they participated in the [outreach] programs offered by the department.

Southers says that programs such as Police Athletic/Activities Leagues (PAL) bring young people together with police via two common interests, sports, and fun. These create positive interactions, and Southers says it was his local PAL program as a youngster that made him want to become a police officer.

These are precisely the types of programs that would be cut if plans are carried out to defund the police. The communities that value the programs will suffer, but an additional long-term consequence is that the future American police force will not represent the public demographically.

Defunding the Police and Black and Latinx Communities

Southers reminds us that in many cities, if you are black or Latinx, often the only time you ever encounter police is when they are responding to a crime or a complaint in a black or Latino neighborhood. “This does not encourage blacks and Latinos to explore opportunities in law enforcement, further distancing them from police and potentially building distrust of the police.”

So, with these issues examined more closely, Southers adds that while he sympathizes and understands why people are calling for defunding the police, he believes that instead of defunding the police, “we should preserve and expand programs and opportunities for police-community interactions that have nothing to do with arrest and prosecution. These initiatives do not require firearms, pepper spray, or armored vehicles. They just require humanity and a commitment to public service.”

To Talk to Us, click on the image below.