Johnathan Tal, CEO of TAL Global, a leading security and risk assessment firm, was recently interviewed regarding crime in the U.S. and what building owners and managers can do to keep their facilities and tenants safe.

A more detailed transcript is below.

Today my guest is Johnathan Tal, Chief Executive Officer of TAL Global Corporation, an international investigative and risk-consulting firm. Johnathan served as a military field intelligence officer for the Israeli armed forces during the 1970s and has later served as a counterterrorism security specialist for the Israeli Government in the UK. He is a licensed investigator, Security and risk management expert and speaker on topics such as workplace violence, homeland security, risk management and crisis mitigation.

Question: Jonathan, has crime increased in the US since the pandemic and is it happening all around the country?

Yes, crime has increased significantly and it has jumped in all kinds of localities, big and small, throughout the country. For example, based on recent FBI statistics:

This is a national phenomenon. We have also witnessed an increase in commercial and residential robberies and crimes, cyberattacks, smash-and-grab robberies, and workplace violence.

So, why do you believe the crime rate has jumped so much since the pandemic?

I think it will take a few years before we understand fully how the pandemic has impacted our country on a national level. We already know it was a massive disruption to American life. Jobs were lost.  Businesses were closed. Americans were afraid and when people are afraid, they are more inclined to believe conspiracy theories that generate even more anxiety.

The killing of George Floyd in 2020 was also a major catalyst. It caused tensions and protests to flare up around the country.

And all these tensions and fears resulted in something that has been under-reported. Americans have gone on a buying binge when it comes to guns. Gun sales have never been higher. This likely is also playing a role in the number of mass shootings and homicides in the country.

Is social media playing a role in the jump in crime in the U.S?

Social media has become a double-edged sword when it comes to crime and law enforcement.

On the other hand, social media is also used for intelligence gathering. Law enforcement is paying much closer attention to what is happening online, and they are using this information to prevent crimes and, if the crimes are committed, identify the culprits.

Johnathan, we’ve covered a lot of territory here. So, what can we do about this? If you were the manager of an office building, what would you be doing right now to ensure the safety of building users?

If I were a building manager, I would have a risk assessment conducted as soon as possible. A risk assessment identifies vulnerabilities and hazards. These hazards include attacks by perpetrators but can also include hazards such as floods, fires, and earthquakes.

Employers want to see their staff back in the office. Because of this, it’s essential now that the work environment is as safe as possible. A risk assessment will uncover potential hazards and suggest ways they can be eliminated.  This will help ensure they return to a safe workplace. 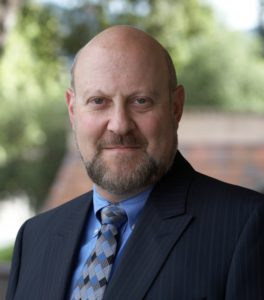