Innocently, a Santa Clara resident has become the tip of the iceberg when it comes to an issue impacting the corporate security industry throughout the country.

Mark Hinkle is a businessman living in a remote area of California’s Santa Clara County. Because banks are few and far between, and the local shopkeepers would prefer their customers not use credit cards, he always carries a considerable amount of cash.

Visitors must travel more than two miles on a dirt road to get to his home. Should he need to call the county sheriff’s department in an emergency, Hinkle estimates it would take officers 15 minutes – if not longer – to reach his house.

Aware of his vulnerability because of the cash on hand and his home’s distance from emergency services, he applied for a concealed-carry permit known as a concealed weapons license, or CCW. However, getting a CCW, Hinkle soon learned, is a slow and cumbersome process, and making matters worse, not every application is approved. 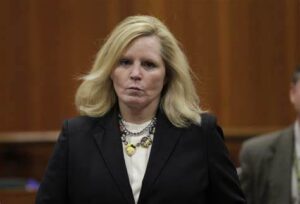 Looking for ways to improve his odds of getting the permit – quickly- he spoke with other gun owners in the area. All told him the same thing: the best thing to do to get a CCW is to make a substantial contribution to Santa Clara County Sheriff Laurie Smith’s political campaign.

According to an August 7, 2020, NBC Bay Area Investigation, the other gun owners in the area were providing Hinkle with some good advice. In fact, the investigators found this was an “open secret” in Silicon Valley. If you want a CCW, the most effective first step was contributing to the Sheriff’s reelection campaign. 1

Digging deeper, the NBC investigators obtained 749 CCW applications from 2014-2018. Here is what they found:

This situation has not gone unnoticed.  Santa Clara District Attorney, Jeff Rosen, has been investigating these “bribes-for-guns” schemes for more than two years. What he has uncovered is that it involves more people than just Sheriff Smith.  Also involved, and now indicted, are Santa Clara Undersheriff Rick Sung, Captain James Jensen, additionally with the Sheriff’s Office, and insurance broker, Harpreet Chadha.

Rosen found that the three held up the distribution of CCW licenses, as far back as 2017, “until the applicants gave [them] something of value,” according to a report in the Palo Alto Weekly. “Investigators also determined some of the money received was sent to Sheriff Smith’s reelection campaign.” 2

In-house security departments and corporate security industry protection firms are apparently doing the same thing to obtain a CCW permit. This includes Tom Moyer, Apple’s head of global security. In 2019, to help get the licenses, he “donated” 200 iPads worth more than $70,000 to the local Sheriff’s department in exchange, apparently, for the concealed-carry permits. 3

But going back even further, AS Solution Inc, a corporate security and executive protection company in the Santa Clara area, allegedly received concealed gun permits in exchange for a $90,000 donation to Smith’s reelection campaign.  This, according to the Palo Alto Weekly, this dates back to April 2018.

This means our industry has become involved in this morally offensive activity, which is more than troubling here at TAL Global. It takes two to commit a crime: an instigator and a collaborator. In this case, the collaborators – should they be proven guilty – are Sheriff Smith and the others just mentioned.

But one of the instigators is an international protective services firm. Their actions diminish the standards our industry strives to uphold. Security firms are hired to investigate such unscrupulous activities and find the instigators… not be one of the masterminds.

I am urging our clients, readers of this blog, and Santa Clara County citizens to stand beside D.A. Rosen and support him in his investigation. We cannot have such dishonest activity going on in our County and certainly not by security companies hired to protect organizations, corporate executives, and in so doing, stand up for the law.

For More Information on This Scandal Visit These Sites: