Interview Regarding the 2015 Terrorists Attacks in Paris 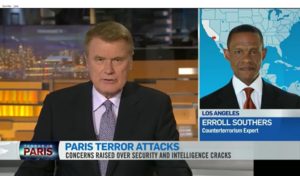 Because the trial is now beginning regarding those accused in the 2015 terrorists attacks in Paris, we are replaying the interview with Dr. Erroll Southers, TAL Global’s Managing Director, Counter-Terrorism & Infrastructure Protection

Dr. Southers pointed out that this attack signals a return to coordinated, “Al Quaeda-style attacks”, and that the preparations for the attack had undergone unnoticed not only by French intelligence but by other western intelligence agencies and other agencies throughout the region.

Southers attributed this failure to detect such a large operation at the preparations stage to “a lack of information sharing among international intelligence agencies”.

The interview can be viewed here: