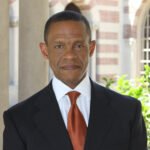 We know that there are three core components in radicalization to violence: a sense of alienation, a legitimizing ideology, and an enabling community.

We are in the midst of a sharp increase in homegrown violent extremism (HVE), owing specifically to those embracing right-wing extremist ideologies. The data are clear: the right-wing terrorist threat that has been festering and growing for years—since the terms of former President Barack Obama and even before—is now at a critical level of participation and extremist action. The result is terrorist attacks, and in recent months, those attacks have been directed at faith communities and houses of worship. 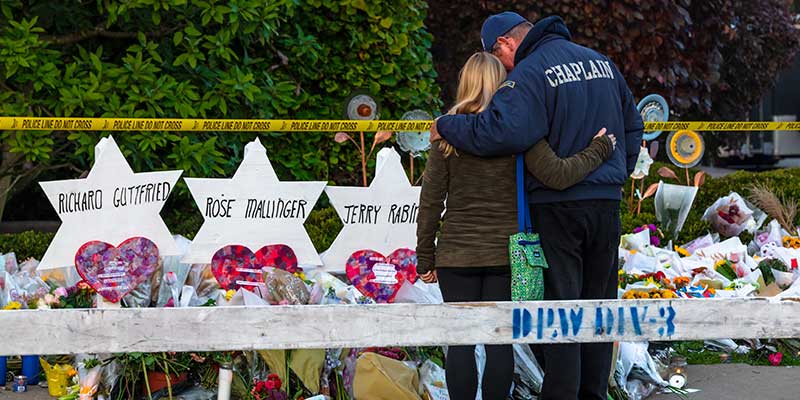 Pittsburgh, PA – Oct 30, 2018: Members of the community outside of the Tree of Life synagogue

A Reason For Concern

There are troves of data showing the right-wing, white supremacist terrorist threat is dramatically outpacing the threat from Muslim Identity extremism, such as that espoused by al Qaeda and ISIS. Like ISIS et al., however, right-wing extremists are using online capabilities to form hateful communities, spread extremist messages, and glorify and champion acts of murder and terrorism. Indeed, the attackers on Tree of Life and Chabad of Poway, as well as the Christchurch attacker, all used online channels to spread their messages and promote their actions.

We know that there are three core components in radicalization to violence: a sense of alienation, a legitimizing ideology, and an enabling community. In the 21st century, communities are not only found in real-world locations, and looking to the activity in online communities frequently used by right-wing extremists, there is reason for grave concern. 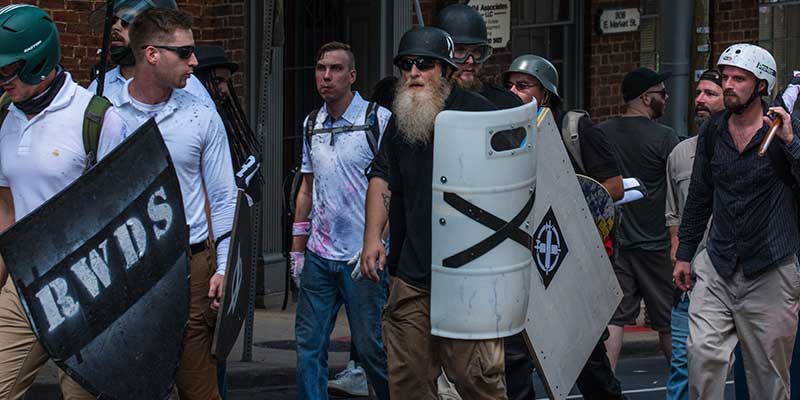 A 2018 study from the Network Contagion Research Institute found a significant increase in anti-Semitic and racist posts on social media sites between July 2016 and January 2018. Specifically, in the “Politically Incorrect” group on 4chan, the use of the words “Jew” and a derogatory term for people of Jewish faith doubled; a racial slur directed at African Americans grew more than 30 percent. The report also found the frequency of anti-Semitic content significantly increased after major political events, such as the 2016 presidential election and the 2017 “Unite the Right” rally in Charlottesville. This shows how events in the real world can fuel hate in virtual communities that in turn spills back out in the form of terrorism. 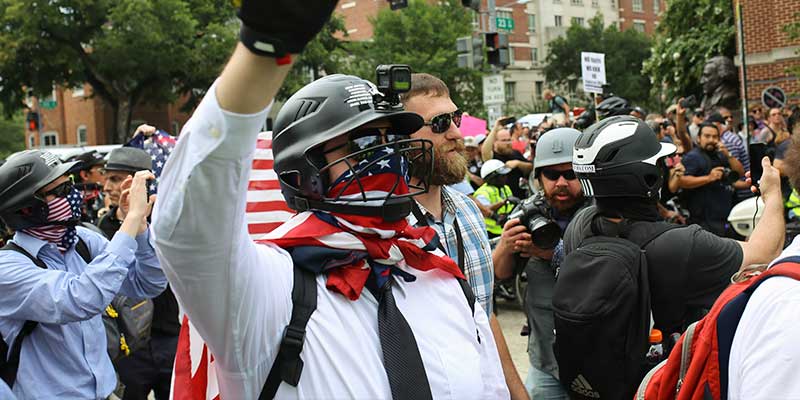 Washington, DC – Aug 12, 2018: White nationalist protestors headed to the Unite the Right protest are escorted through the streets of Washington, D.C. by police as counterprotestors look on.

TAL Global’s team of experts developed the “Assertive Resilience” model, a new approach specifically designed to eliminate the soft target image. This approach combines a House of Worship’s security needs with openness and individual and communal resilience by providing comprehensive services from assessment to solution design and implementation, to funding and grant development assistance and ongoing long-term management.

Assertive Resilience employs innovative security management and intelligence approaches, in conjunction with deploying resilience-building tools to deliver true security, thus maximizing a community’s ability to mitigate risk while maintaining its open and welcoming environment, and allowing would-be victims to take back control of their own destinies. 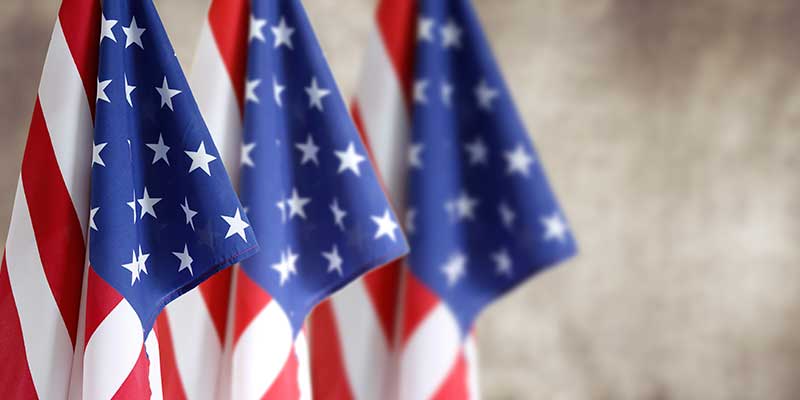 To meet America’s terrorist threat, there are critical, past-due changes needed in federal and state policies, programs, and funding. But there are also opportunities for all us to take part in addressing extremism. Join us as we continue to combat hate, encourage resilient communities, and move all of us toward a new understanding of public safety and homeland security.
Sincerely,

Dr. Erroll G. Southers is an internationally recognized expert on counter-terrorism, homeland security, aviation terrorism, school safety and infrastructure protection, and Professor of the Practice in National and Homeland Security and Counter-Terrorism subject matter expert at the University of Southern California (USC).

Dr. Southers was President Barack Obama’s first nominee for Assistant Secretary of the TSA and California Governor Arnold Schwarzenegger’s Deputy Director for Critical Infrastructure in the Office of Homeland Security. He holds roles around the world and throughout the international counterterrorism and national security arena.