Podcast Interview With a Victim of Virtual Kidnapping


In our practice, we work with High Tech Corporations, Financial Institutions, NGOs and High Net Worth Individuals. We come across a wide variety of concerns from workplace violence to fraud and extortion. Most recently, we have had a number of cases involving a new phenomenon called Virtual Kidnapping.

According to the FBI,  Law enforcement agencies have been aware of virtual kidnapping fraud for at least two decades, but a recent FBI case illustrates how this frightening scam—once limited to Mexico and Southwest border states—has evolved so that U.S. residents anywhere could be potential victims.

Although virtual kidnapping takes on many forms, it is always an extortion scheme—one that tricks victims into paying a ransom to free a loved one they believe is being threatened with violence or death. Unlike traditional abductions, virtual kidnappers have not actually kidnapped anyone. Instead, through deceptions and threats, they coerce victims to pay a quick ransom before the scheme falls apart.

We invite you to listen to an interview with a San Francisco Bay Area woman who was the victim of a virtual kidnapping.

Click below for the interview with someone who experienced a virtual kidnapping:

Click here to find out more about our services. 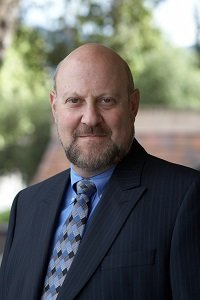 Mr. Tal served as a Military Field Intelligence Officer for the Israeli Armed Forces during the early 1970’s. As an intelligence specialist, Mr. Tal supervised and initiated behind-enemy-lines intelligence gathering relying on both hardware systems and personnel. In the late 1970’s, Mr. Tal served as an anti-terrorism security specialist for the Israeli government. His responsibilities included supervising highly specialized personnel and interacting with international law enforcement agencies and the European intelligence community. During this period Mr. Tal conducted investigations and preventive operations designed to decrease the possibility of terrorist attacks on Israeli installations and personnel.

In 1985, Mr. Tal founded his first agency, which quickly became the largest investigative agency in Silicon Valley. TAL Global extends the concept of high-quality service to cover the world of Security Consulting and Management. As always, we value your feedback which helps us shape our perspective on recent events, security and the services we offer.

Feel free to reply to this email and share your thoughts with our team.