In The Wake of Manchester, a Call for Rethinking Terror Mitigation

By thejtal May 23, 2017 Counter-Terrorism Division 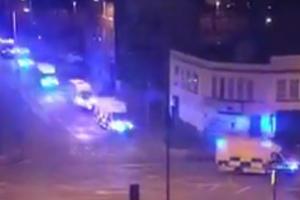 As we wake up to another horrific story of mass casualties resulting from a terror attack on a public venue – a rock concert in a stadium in this case, we have to ask ourselves some hard questions about our current disaster-mitigation abilities, and seek non-standard answers to the obvious challenges and exposed vulnerabilities.

The nature of terror threats is changing. Terrorists pay close attention to the evolution of security strategies, particularly as it pertains to defending critical infrastructure, including mass-gathering venues such as sports stadiums and entertainment venues – either dedicated or improvised.

TAL Global believes that such a complex reality requires a major rethinking of  traditional approaches to infrastructure and sporting events security. To that end, our security experts invented TDM™ (Terrorist Decision Making). TDM™ is a process for providing greater insight into the ways adaptive adversaries identify and learn about potential targets, by essentially turning the organization “against itself” so it can view its operations through the eyes of a potential attacker and focus resources on defending against such attacks. Furthermore, TDM™ informs owner/operators how to detect and respond to an actual threat should it materialize.