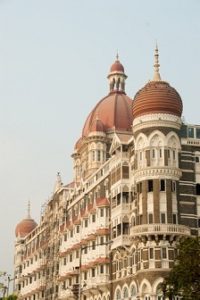 US Counter Terrorism authorities alerted hotels in major U.S. cities that al-Qaeda may be planning another “Mumbai-style” terror attack.

Soft targets, such as hotels have apparently ascended to the top of the Al Qaeda’s potential terror targets list. In their evolutionary and constantly adaptive asymmetric targeting strategy, terrorists understand the high utility of a successful attack on a name-brand, Western-owned hotel.

Known in India as “26-11,” the November 26, 2008 Mumbai terror attack, ten terrorists attacked multiple prime targets across the city, including the luxury Taj Mahal Palace & Tower hotel complex (see picture) and the hotel Oberoi. The terrorists held the hotel, the city and the world’s media hostage for almost 3 days, killing 164 civilians and counter terrorism fighters and wounding more than 300 additional people.

According to media reports, the current warning is based on intelligence gathered recently in Somalia.

The new warning regarding similar prime hotel locations, this time in the West, comes as no surprise.”

For more on this evolving threat, please click here: http://www.foxnews.com/politics/2011/06/16/hotels-warned-mumbai-style-terror-threat/#ixzz1Pea5M9r9

Knowing why a ‘soft’ target is selected is as important as knowing how it might be attacked. ‘The Human Element’ is a critical component of counter-terrorism strategy. Click here to find out more about using TAL Global’s unique TDM – Terrorist Decision Making process to protect yourself, your guests and staff and your property against such threats.