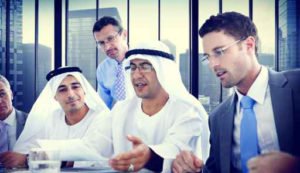 American Saudi commercial relations are on the verge of taking a huge step forward with the signing by President Trump of multi-billion dollar contracts to sell the Saudis military and other technologies. For example, America’s Raytheon Corporation is planning to establish in Saudi Arabia “Raytheon Arabia, a Saudi legal entity wholly-owned by Raytheon that will focus on implementing programs to create indigenous defense, aerospace and security capabilities in the Kingdom.”[1]

Effectively, what this means is that hundreds if not thousands of American executives, engineers, technicians, and other professionals will be heading for Saudi Arabia for short or long periods. Ensuring the security and safety of these people, most of whom have never been to Saudi Arabia, will not be easy. Both ideological and commercial perpetrators, including terrorists, criminal elements and con men, will be taking note of the increased traffic of U.S. executives, and will surely do their best to promote their own agendas against this backdrop of commercial and military activities.

American companies and organizations planning to send personnel to Saudi Arabia should be aware of the risks and vulnerabilities facing their people enroute and on location, and of the actions they can take to help minimize vulnerabilities and deal with emergency situations if/when they take place.

Companies will do well to focus on both the security of their personnel and their assets in Saudi Arabia. Terrorists and other perpetrators are highly adaptive and very capable, and they will scout, detect and exploit vulnerabilities in both physical and digital security.

Some of the security and prevention areas companies may want to focus on include:

It is important to keep in mind that, alongside the Saudi regime’s official expressions of friendship and satisfaction at the presence and future deals with the Trump administration and U.S. companies, there is extensive frustration and anger at the presence of American (and other non-Muslim) people on Saudi soil. Increased activities in that respect will surely cause a backlash. It is incumbent on responsible management to take proactive steps to mitigate against the many vulnerabilities outlined above.

Contact us to learn more about our global executive protection services.