The University of Southern California (USC) is pleased to announce the appointment of Dr. Erroll Southers to the newly created position of Associate Senior Vice President of Safety & Risk Assurance, effective January 3, 2022.

According to a USC spokesperson, after an extensive, nationwide search process involving many highly qualified candidates, “Dr. Southers was selected because he brings with him years of skilled leadership, stellar experience, and exemplary service both at USC and throughout the field of law enforcement.” 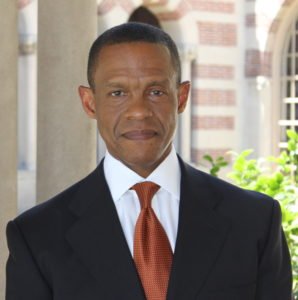 decades.  He formerly served as Assistant Chief of Homeland Security and Intelligence at the Los Angeles World Airports Police Department; was appointed by Governor Arnold Schwarzenegger to the California Office of Homeland Security; and was nominated by President Barack Obama to head the Transportation Security Association (TSA).

He previously enjoyed the distinction of FBI Special Agent and SWAT team member, was a Santa Monica Police Officer, and served in various leadership roles at the Los Angeles County Museum of Art for 11 years.

Dr. Southers has testified before the full Congressional Committee on Homeland Security as a subject matter expert and counterterrorism analyst on several occasions.

Along with being a regular contributor to national and international media networks, sharing his expertise on terrorism and national security matters, Dr. Southers was the recipient of the Earl Warren Outstanding Public Service Award and was recognized in Security Magazine’s Top 25 Most Influential Industry Thought Leaders in the United States.

Dr. Southers, who has been involved with TAL Global for more than ten years, earned his undergraduate degree from Brown University. He also holds a master’s and doctoral degrees in public policy from USC.

“Please join me in congratulating Dr. Southers and wishing him well in his new position,” says Johnathan Tal, Chief Executive Officer of TAL Global Corporation, an international investigative and security-consulting firm. “We are immensely proud of what he has accomplished for USC, for public safety, and TAL Global.”