Dr. Erroll Southers on the San Bernardino Terror Attack and Beyond 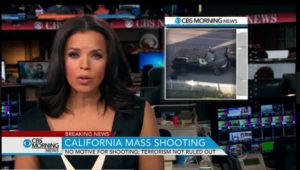 Dr. Erroll Southers, TAL Global’s Managing Director of Counter Terrorism and Infrastructure Security, has been a frequent guest on multiple television and radio shows across the U.S. and abroad.

Most recently, Dr. Southers was interviewed on the BBC World Service Newsday program, where he describes what President Obama’s speech contained in terms of new developments, particularly the President’s attitude toward America’s Muslim community.

Dr. Southers also spoke on CBS Morning News, early Sunday, and provided insights both on the possible motives of the San Bernardino attackers, and on the possible ways to stop such attacks.

Speaking about the possible motivation(s) of the terrorists, Dr. Southers said: “It seems quite personal…they had personal knowledge and didn’t appear to be suicidal.”

Responding to the interviewer’s question: “How do we stop it?”, Dr. Southers said: “The attackers didn’t live in a vacuum. These attackers have families, they live in communities, they have co-workers… The way to stop, or prevent, or thwart these attacks is when people actually notify authorities when people they know well are saying or doing things that could be troubling.”

Later on Sunday, Dr. Southers appeared on MSNBC, where he joined MSNBC’s Chris Jansing to give updates on the investigation underway in San Bernardino, including an FBI raid on a former neighbor’s house.

Click HERE for additional insights on KPCC, Southern California NPR Station,  where by Dr. Southers comments on President Obama’s speech, and on the President’s plan to tackle this “new phase” in ISIS terrorism