Doctor Opens Fire on Former Colleagues at a Bronx Hospital 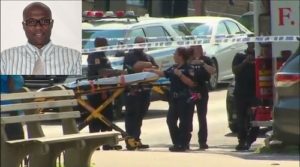 Dr. Henry Bello walked into his former place of employment, the Bronx Lebanon Hospital, Thursday, June 30, in the early afternoon, and opened fire from an AR-15 assault rifle, killing one doctor and injuring six others, including other doctors.

Dr. Bellow was employed at the hospital until 2015, when he resigned, in lieu of being fired over sexual harassment allegations.

After a shooting spree of about 15 minutes, Dr. Bello later took his own life.

Active shooter attacks in American hospitals are unfortunately not a rare event. According to an article in the Journal of the American Medical Association (JAMA), the number of active shooter incidents in U.S. hospitals has increased over the last decade to a frequency of more than one a month.

Click Here to read more about this workplace violence incident.