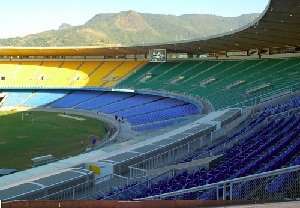 The Brazilian daily newspaper O Estado de Sao Paulo reports that the PCC (a Brazilian acronym for First Command of the Capital), a Sao Paulo-based crime syndicate threatens to unleash a campaign of terror during the upcoming World Cup Soccer in 2014.

The PCC, with a reported membership of 13,000  (half of whom are currently in prison), is considered the largest criminal organization in Brazil. Based in the State of Sao Paulo, the PCC is active in at least 22 of Brazil’s 27 States, as well as in Paraguay and Bolivia.

The threat of terrorism targeting the 2014 World Cup is reportedly an attempt to dissuade the Brazilian authorities from their intention to transfer several incarcerated PCC members to high security prisons. The action is being undertaken to minimize the potential of their ability to communicate with the outside world, as they continue to manage the organization’s drug trafficking operations.

Brazilian authorities are reportedly taking the terror threat “extremely seriously.” This threat and other activities potentially risk the safety and security of residents and visitors during the 2014 World Cup and 2016 Olympic Games. Brazil will be the world stage for these two “mega” sporting events.