Is airport security an impossible dream? 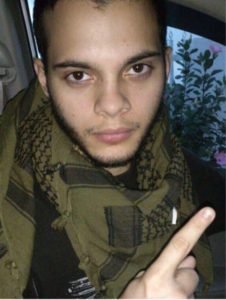 On January 6, 2007, Esteban Santiago-Ruiz, a military veteran and resident of the State of Alaska, followed TSA’s regulations, transported a handgun and ammunition in his checked luggage, and used them to kill five innocent people and wound six others at the Ft. Lauderdale-Hollywood International Airport, in Florida.

Dr. Erroll Southers, TAL Global’s Managing Director, Counter-Terrorism & Infrastructure Protection, wrote in USA Today, exploring the implication of this most recent tragic event on aviation security, as well as possible steps to mitigate the vulnerabilities exposed by this and other attacks.

The hard fact is that there is no such thing as total security. There are multiple layers of screening before a passenger ever reaches a TSA checkpoint. Roving behavioral detection teams, advanced passenger data screening against “No Fly” lists, perimeter fencing, CCTV coverage, visible law enforcement presences in pick-up and drop-off areas – each of these security layers creates an opportunity to interdict an individual targeting the aviation system. While they are highly effective in keeping dangerous people and items off of airplanes, they do little to prevent the kind of attack we saw in Fort Lauderdale.

Any attack should prompt discussions on how to mitigate the consequences of it. Santiago surrendered after a matter of minutes, but the disruption to the aviation system nationwide lasted for hours. Erroneous reports of a second shooter (which can happen, given heightened responses to perceived sounds of gunfire or spontaneous rumor) triggered a shutdown of the entire airport.